The Sydney Roosters bounced back from a hiding at the hands of the Warriors a week ago to inflict some pain on the Cronulla Sharks with a 28-10 win at Southern Cross Stadium.

The Sharks were swimming upstream strongly after consecutive wins over Parramatta and Melbourne.

But on Friday night they faced a supreme example of good game management by Roosters No.7 Cooper Cronk, in plotting the five tries to two victory.

The Roosters must have been feeling like flexing their muscles after scoring just one try in the 30-6 loss to the Warriors in round four. Or maybe they remembered that apart from a 16-14 win over Cronulla in round 25 last year, the Sharks had won their previous six meetings dating back to mid-2014. Coach Trent Robinson would have made them been fully aware of that fact.

Second rower Ryan Matterson was the star with a double in the 20th and 39th minutes – both off Cronk corner kicks.

But his second he owes more to winger Blake Ferguson, who flew over the top of Sosaia Feki to pluck the ball out of the air and give his second rower an uninterrupted run to the line. Centre Joseph Manu scored the other in the 25th minute as the visitors took a handy 18-6 halftime lead.

It was more of the same in the second half with Luke Keary putting James Tedesco into space as he beat a sliding Trent Hodkinson for his second try for the Bondi boys this year. In truth the Roosters had been peppering and testing Hodkinson’s defence all night, waiting for that one slip-up.

The Sharks made four line breaks compared with the Roosters’ one but their attack lacked punch. At one stage in the second half they had eight sets in a row bur couldn't crack the defence.

However, Valentine Holmes' first four-pointer for the 2018 Telstra Premiership season was a beauty. The ball was spun down the right edge with Moylan injecting himself for a cut-out pass to Holmes, who scooped the pill of his boot laces and scored in the corner in the 31st minute.

Holmes scored his second - a consolation try in the 70th minute - by winning the chase against Reece Robinson for a Chad Townsend grubber.

Even Townsend was having an off-night. After kicking a penalty early to make it 18 goals in row for the season, he missed the next two conversions.

The Sharks are now 2-3 now for the season and 1-2 at home, with the major task facing coach Shane Flanagan appearing to be getting the same starting 13 on the park each week.

At the 11th hour, fullback Josh Dugan (groin) was ruled out for the second week in a row. That brought Moylan into the custodian role for the first time in Sharks colours, although he swapped around a bit with Holmes all night. Hodkinson then slipped back into the halves from the extended bench.

The Sharks entered the match with the second best defence in the competition behind Wests Tigers. But it will be their attack that will be again worrying Flanagan.

That’s now eight tries in the opening five rounds. Flanagan recruited Moylan and Dugan to create more points, after 29 less tries in 2017 than in the 2016 season. But those two have only played two games together at fullback and five-eighth. 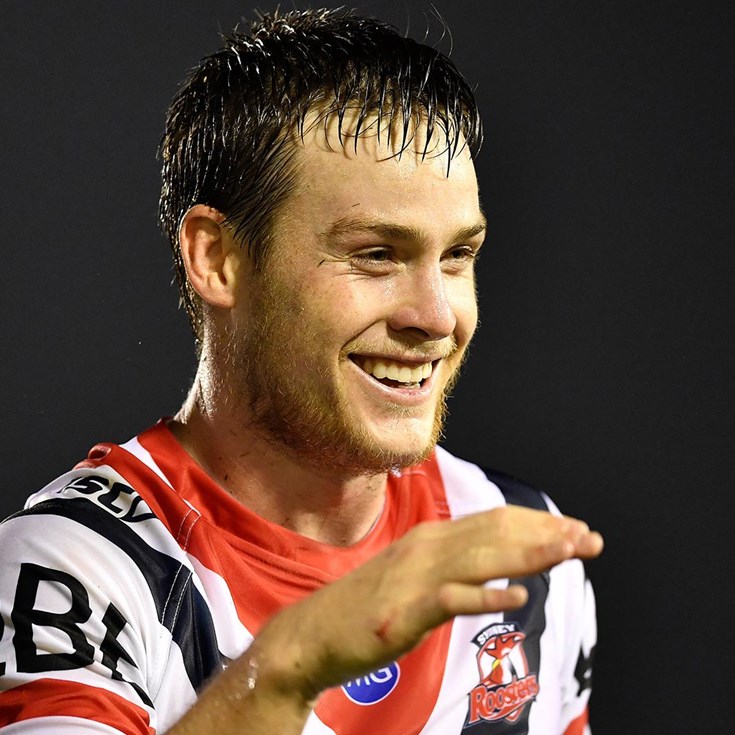