As the pair battle it out to see who will be the Roosters' top try-scorer for 2018, Manu provides a unique insight into how the duo do what they do.

"I mark Latrell every week in training, and I play inside Fergo each week on the right side," Manu told NRL.com on Monday, the day after the Roosters added another seven tries to their tally for the Telstra Premiership season.

In terms of tries they now sit in equal fourth in the NRL alongside Melbourne on 71. The Rabbitohs are the league's kings with 78, followed by the Raiders on 77 and the Dragons on 72.

Mitchell has headed the Roosters' try-scoring list for the 2016 (14) and 2017 (15) seasons and has crossed 11 times this year with five matches to go in the regular club competition. He has scored five tries in the past two games.

Ferguson currently sits on 13 tries but Manu has played a significant part in some of those with his six try assists.

The Latrell-Ferguson show added four tries from Sunday's 36-18 win over the Dragons – a hat-trick to the NSW Origin centre and a fine solo effort to former NSW winger Ferguson.

"They are awesome players eh? Latrell in full flight last night was incredible. Fergo has been having a great year since round one," Manu said.

"It's good to see them get the rewards. Other than [being] our main try-scorers, they are great teammates on and off the field. They work hard and we all notice.

"Latrell is pretty strong. Whenever he is close to that line it's pretty hard to stop him one-on-one.

"I know because when I come up against him at training it's always a tough ask. He can move so quick so it's not just a big guy who can fend. He's got great agility.

"I have to go up against him nearly every session. So I hope I'm improving him because he's helped me an awful lot with my defence.

"He's one of the best centres in the game so I see weekly how he wants to beat his opponents, how he dominates them out on the field."

Teammates Ryan Matterson and Isaac Liu are unabashed admirers of Mitchell and Ferguson.

"They are just natural try scorers. They will do whatever it takes," Matterson told NRL.com.

"They have unbelievable skills. They are strong, fast, agile – everything you want in a rugby league team."

Prop/lock Liu is pretty handy near the white line himself with five tries this year.

"It's really awesome to have those two," Liu said.

"Fergo is explosive from a standing start. The way he runs the ball back is great for us forwards. I look to him to get our momentum going again and he doesn't let us down.

"Latrell keeps amazing me with the things he can do. He's only young and just starting out. I can't wait to see him grow in the next few years."

Mitchell is heading towards 50 career tries, which he could conceivably reach in the form he's displaying. He currently has 40 tries in 64 NRL games.

Ferguson is likely to crack the century in 2018, as he sits on 97 tries - he's played 184 games with Canberra, Cronulla and the Roosters. 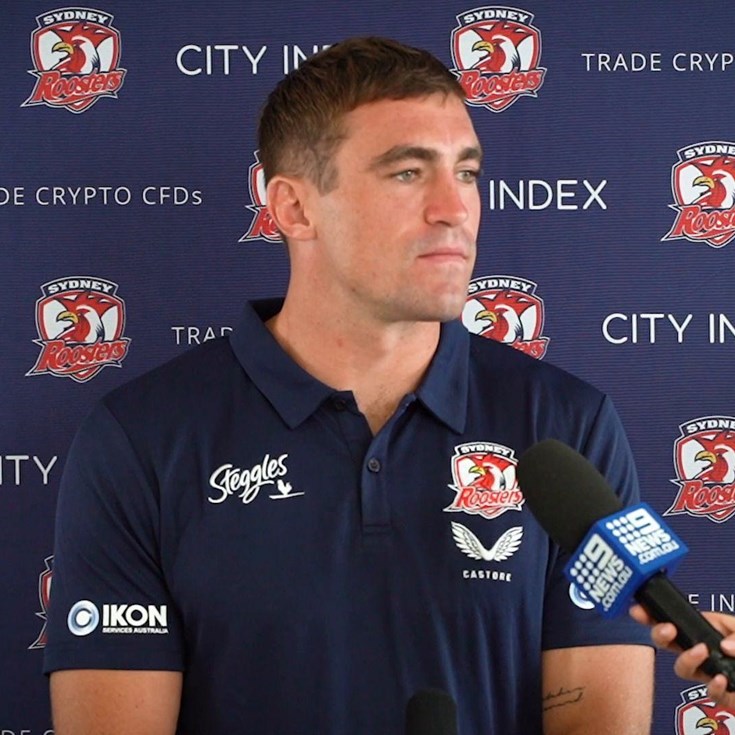 Watson: "I'm Really Happy With The Decision I Made"'