The Last Time We Met the Canberra Raiders was in the Nation's Capital on a Sunday afternoon in front a big and hostile crowd at GIO Stadium.

Last Time We Met The Raiders

In what was a blockbuster top four battle, the Roosters were first and fast off the blocks when they opened the scoring through Victor Radley with a try that was beautifully set up by James Tedesco.

The Raiders hit back hard though, scoring back-to-back tries through Jordan Rapana and Jarrod Croker to give the Raiders an early lead.

It only took the Roosters ten minutes to re-compose and earn the momentum back when Latrell Mitchell capitalised on a dropped ball from Raiders fullback Charnze Niccol-Klokstad.

Daniel Tupou scored the next two tries on the back of brilliant respective set-ups from Luke Keary and Tedesco to give the Roosters the lead.

Elliott Whitehead made it a four point game after he desperately chased down an in-goal grubber from Josh Hodgson to set up a nail-biting finale.

There were a number of impressive defensive efforts from the Roosters in the back-end, but none were more dominant than Joseph Manu's brilliant tackle on Jarrod Croker that saw him forced into touch.

ARE YOU A ‘HUGE FAN’? THEN BECOME A MEMBER TODAY. 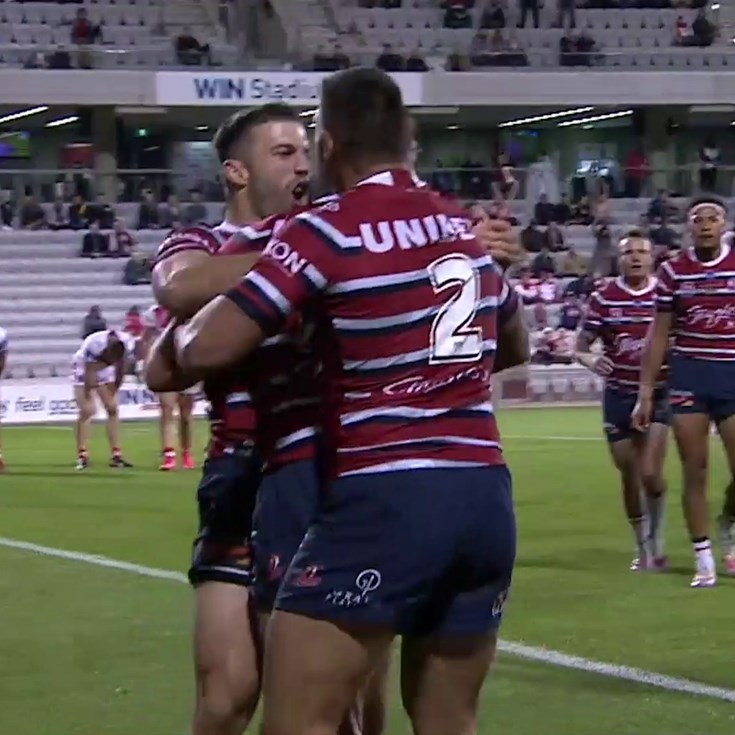 A Hard Earned Effort On Debut

In The Sheds | Jake Friend