Papalii was declared fit by the Kangaroos on Thursday morning after suffering a rib complaint in the premiership grand final with the Raiders just over a fortnight ago.

Waerea-Hargreaves was controversially overlooked for the Clive Churchill Medal in the decider despite being told minutes earlier he was set to receive the award.

In the end Kangaroos debutant Jack Wighton was judged best on ground, but Waerea-Hargreaves and Papalii were not far behind him.

Papalii's inclusion was expected by the Kiwis, who completed their final training session at WIN Stadium on Thursday.

"It's always a good battle against Josh," Waerea-Hargreaves said after training.

"I've been around for a few years now so have to take on those challenges when they come.

"We've got to take our opportunities, it's all about moments for us. For us middles it's about laying a good foundation.

"It is what it is through the middle third and whoever wins that battle will get on the front foot."

Kiwis fullback Roger Tuivasa-Sheck said Waerea-Hargreaves was the key to the side's chances of containing the likes of Australian forwards Papalii, Payne Haas and Paul Vaughan.

Waerea-Hargreaves will be joined by Leeson Ah Mau in the front row with debutants Zane Tetevano and Braden Hamlin-Uele coming off the interchange bench in an inexperienced Test forward rotation for coach Michael Maguire.

The suspension of Nelson Asofa-Solomona and injuries to Jesse Bromwich and James Fisher-Harris didn't help the side's cause over the past fortnight.

"Jared's ready, he's pumped, one of our leaders in the team," Tuivasa-Sheck said.

"I don't think he's too focused on singular players but is getting us ready to go.

"He's the alpha male in the pack leading the way. He's definitely a key for us."

Tuivasa-Sheck will play against the Kangaroos for the first time since the 2017 World Cup after missing last year's win over their counterparts in Auckland.

The Kiwis will keep the same spine that beat Tonga 34-14 in their mid-season Test in June.

"It will be a good battle between our spine and theirs," Tuivasa-Sheck said.

"I think [Brandon Smith] was one of our stars in the mid-year Test so we'll be looking to bring that form again.

"I have a lot of passion for the New Zealand team. It feels special to be here again and to personally grow." 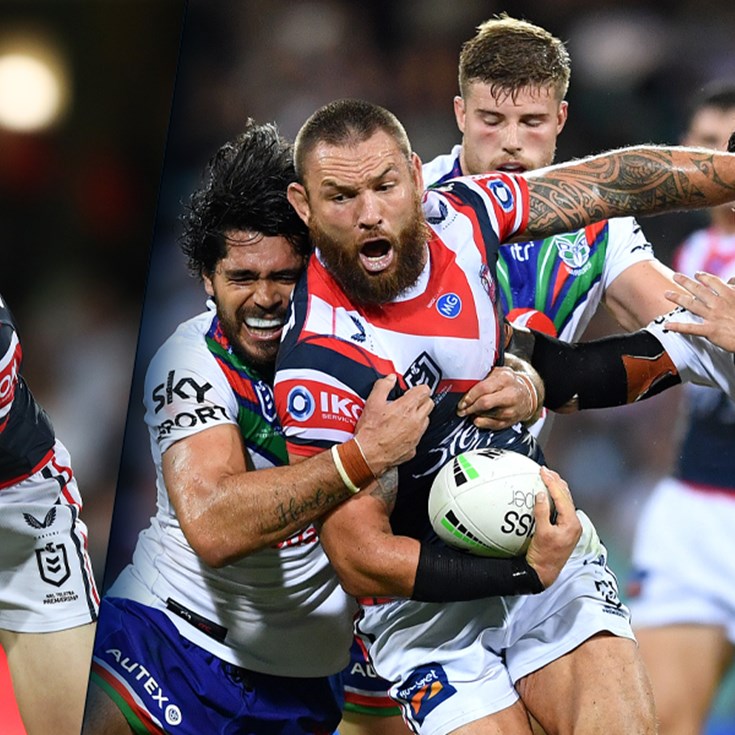 "Get Excited With Us" - JWH