Regarded as one of the most dangerous wingers in the competition, Brett Morris will enter his 16th year of NRL and his third at the Sydney Roosters in fine form.

The son of former Roosters legend Steve 'Slippery' Morris, Brett was joined by twin brother Josh in 2020 to complete the family circle in Red, White and Blue with the duo running amock on the field and combining for 23 tries for the season.

Having played nearly 300 games and scored over 160 tries so far, as well as 15 State Of Origin matches for the New South Wales Blues and 18 tests for the Australian Kangaroos, 'BMoz' has had one of the most decorated careers in Rugby League. Morris not fussed as he closes in on all-time greats 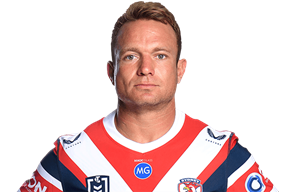