With Round 8 all about our loyal Members, pre-game entertainment will involve our Members appearing on the big screen inside and outside the ground before the NYC kick off.

We'll also have our Junior Rugby League Teams out in the middle of Allianz Stadium, showing us their stuff as they get a chance to play on the big stage.

And, thanks to Four'N Twenty we will be announcing our Team of the Decade pre-match on Game Day Live.

Click here to see the side named by Trent Robinson, to face the Panthers

Delayed on Channel Nine from 4.00pm

Memberships can still be purchased on the night, at the Membership Tent in the Allianz Stadium Forecourt.


For any Membership issues, on the night, please visit the Roosters Ticket Collection window.

All fans are being urged to leave the car behind and take public transport with there being two big sporting clashes at Moore Park on Sunday afternoon. The Sydney Swans go up against the Brisbane Lions at the SCG at 1.10pm on Sunday 5th May, while we take on the Panthers at Allianz Stadium next door at 3.00pm.

$20 at Kippax (Across the road from MP1 Car Park, on Driver Avenue)

Kick-on with the boys back at Easts Leagues Club after the match, where well hear from the Players Player recipient from the match, coach Trent Robinson and captain Anthony Minichiello live on stage.

1 x Bus will be on loop from Easts Leagues Club to Allianz Stadium, from 1pm.

Theres no better way to watch rugby league than live and in the stands as your heroes battle it out against the opposition and, in 2013 were making that experience even better.


At each home game this season, Game Day Live (GDL) will bring you the fan closer to the action.


Hosted by former Rooster Jimmy Smith, GDL is a pre-game panel show live from the field that is all about the football and even more importantly, all about the Roosters.


With in-depth analysis on the match ahead, sportsbet.com.au pricing, match preview, team announcements, social media interaction, player and celebrity interviews, fan engagement with our very own Roosters TV reporter Jared Coote, competitions and loads more, GDL will bring the football to you right there in the Allianz Stadium stand.

Smith and Coote will be joined each week by a panel of guests including former Roosters Legends, celebrity guests and current players on a rotation basis with Round 8 seeing two of our valued Members join the panel, along with Roosters legend Ryan Cross.

The Spot a Steggler is a new interactive half time promotion that will run throughout the 2013 season at all home matches.


Steggles TRY posters will be handed out on entry into the stadium, so make sure that you grab yours as youve gotta be in it to win it!

The stadium camera will pan over the Allianz crowd at half time, looking for the best Steggler waving their TRY poster above their head.

The prize for the Spot a Steggler this match is a 2013 ISC Sydney Roosters Performance Hoody (thanks to the Roosters Team Store), $100 Steggles voucher, Steggles Cooler and Apron and 2 x Tickets to our match with the Storm in Round 11.


Criniti's Fan of the Match

Each home match in 2013 we will be out and about around Allianz Stadium looking for our Criniti's Fan of the Match. The best-dressed fans in their Red, White and Blue will be snapped by a Roosters staff member and the lucky winner's face will appear on-screen at half time. If you're the lucky winner, you'll score yourself a $150 Voucher to Criniti's Italian Restaurant.

In support of the Steggles Charity Nest this season, we'll be selling match-day badges for just $2 in the Forecourt at each home match. There's a variety of badges available, so keep an eye out for the Sydey Roosters Cheerleaders and donate to a good cause. 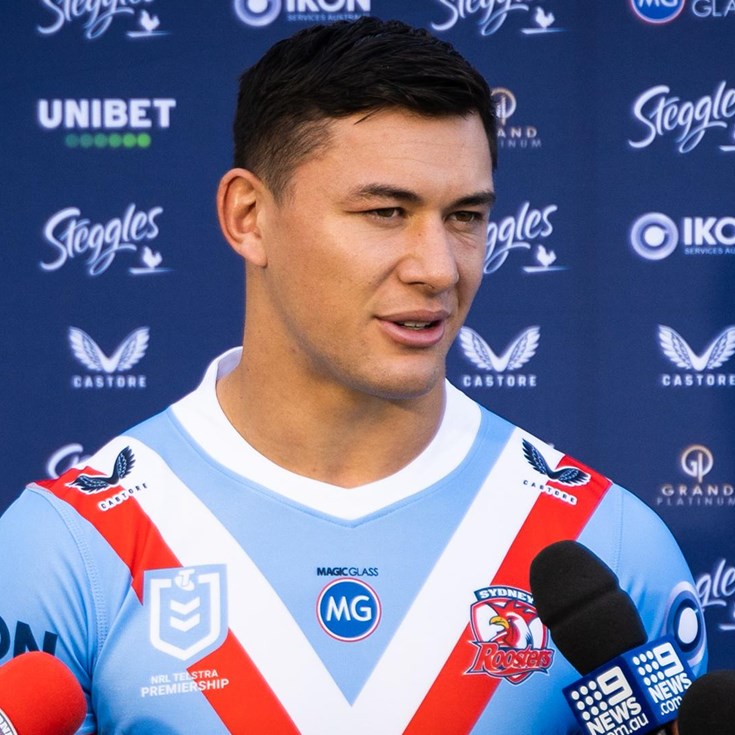