Ahead of Monday night's clash with the top-of-the-table Cronulla Sharks, let's take a look at some of the key match-ups and stats from both sides in 2016. It's a close battle in the stat department between the two fullbacks, which makes for an exciting battle on Monday night.

While Ben Barba has recaptured his electrifying form this season, Latrell Mitchell is still learning week-to-week and will continue to improve his game this week against one of the form fullbacks in the competition. 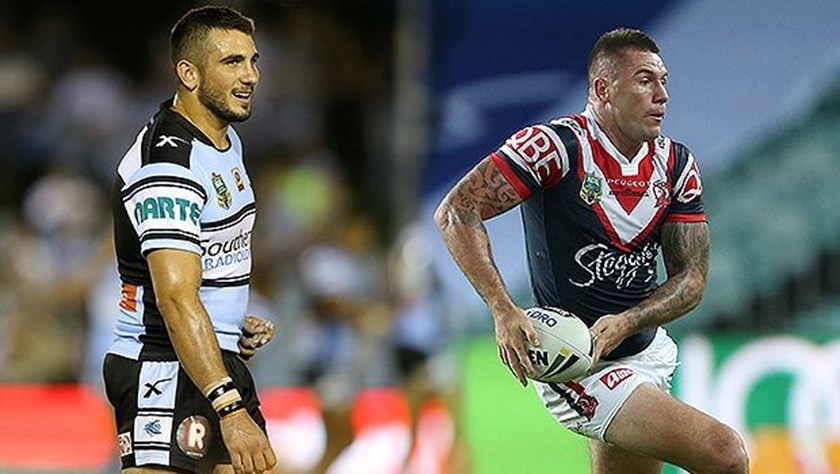 Jack Bird has been playing a different position to last year, with the Dally M Rookie of the Year being shifted to the centres to make way for the in-form Ben Barba at fullback and the returning Chad Townsend in the halves.

Shaun Kenny-Dowall has been playing his usual role in 2016, with the utility back fitting in where he's needed and has been one of the Roosters best this year. Captain Jake Friend has been getting through his usual work load so far this season, while Michael Ennis is in career best-form since his move to the Sharks from the Bulldogs last season.

While Friend gets through plenty of work on defence, his numbers offensively speak loudly on how much work he does for his team.

Behind the Scenes | NRLW Headshot Day