Master coach Jack Gibson once famously said that winning starts on Monday but for a Roosters team starved of success in 2016, coach Trent Robinson hopes that winning in fact starts in Auckland.

A team that finished 15th on the Telstra Premiership ladder last season brought in five members of their Holden Cup-winning under-20s team for the Downer NRL Auckland Nines and won five games on the trot to claim the title and the $370,000 winner's cheque that goes with it.

Their only loss of their tournament came in the first game against the Cowboys on Saturday with Player of the Tournament Connor Watson growing with each performance and rescuing their campaign with an audacious last-minute play in the semi-final.

For a club with a proud history of success last year was the annus horribilis for the Roosters and Robinson believes that starting the season on the right can set the tone for the remainder of the year.

"Winning's a habit so we wanted to get back into it pretty quickly," the Roosters coach said.

"It's really cool to say that you're not interested but we talked about it pretty early on at the Roosters that we wanted to have a crack at the Nines.

"I wasn't going to send the international boys, you need those extra couple of weeks of prep but we wanted to have a go at the Nines. We knew we had a young crew that didn't go away that were very good that played last year and we wanted to play well.

"We laid it on the line a bit. Teams that have won the Nines have done well in the competition as well and if people don't see that... I don't know what it means yet but there's something about playing well at the start of the year that says you're going to do OK."

With the controversy surrounding Mitchell Pearce and the long-term injuries to Boyd Cordner and Jared Waerea-Hargreaves, the Tricolours' 2016 campaign began unravelling prior to Round 1.

It's why Robinson has placed so much importance on their pre-season over the summer which he says has been the best in his five years at the club.

"It's been one of the better ones of the five and that's all I know and it's important, especially being clear of the off-field issues.

"We've seen some good development, our physical performance staff have been outstanding and you don't win the Nines without that." 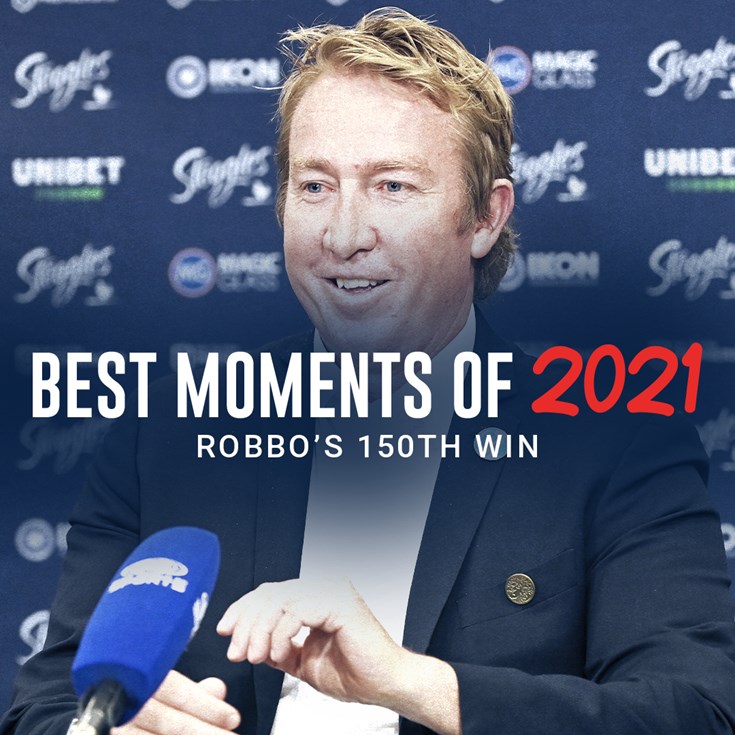