One of the four high profile Roosters players to depart the Club this season, Shaun Kenny-Dowall played ten full seasons with the Tricolours from 2007 to 2017.

Coming through the ranks as a Roosters junior, Kenny-Dowall has been an integral part of the playing roster over his ten years playing in the top grade and leaves the Club with an impressive legacy.

That legacy includes the second most Sydney Roosters tries, the sixth most appearances for the Club and an impressive highlight reel. Scoring the game-winning try against the Wests Tigers in the 2010 Preliminary Finals after 100 minutes of play. Helping the Club go on to win the Grand Final in 2013 after breaking his jaw in the first half. 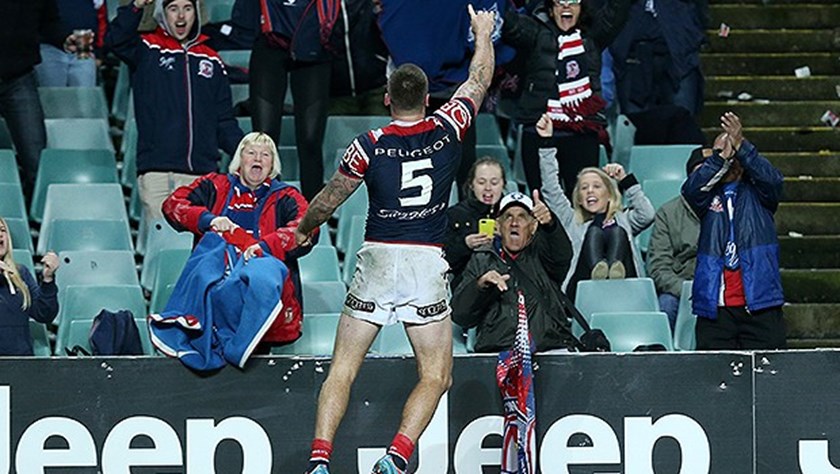 Becoming the stand-alone second highest Club try scorer against the Dragons in 2015.

In 2017 Shaun Kenny-Dowall signed a three year deal with the Newcastle Knights.

He played his first game with them against the Sydney Roosters in Round 20 of the 2017 season.

Presented By City Index 2 days ago