The Sydney Roosters are delighted to announce a landmark partnership with the Eastern Suburbs Touch Association (ESTA).

There are over 6,500 players currently registered with ESTA, making them the largest touch football competition in New South Wales and the 2nd largest in Australia.

The focus of ESTA is to provide equal participation opportunities for all players and members, whether they be grass roots park players, referees, coaches or elite representative players.

Those fortunate enough to achieve representative honours with ESTA will now have the honour of playing in the Tricolours with a rebrand of the representative teams, which will include the playing colours of the Sydney Roosters as well as a name change to the Eastern Suburbs Roosters.

Simon Bassett from ESTA expressed his excitement at the partnership and the close links it will form with the Sydney Roosters. 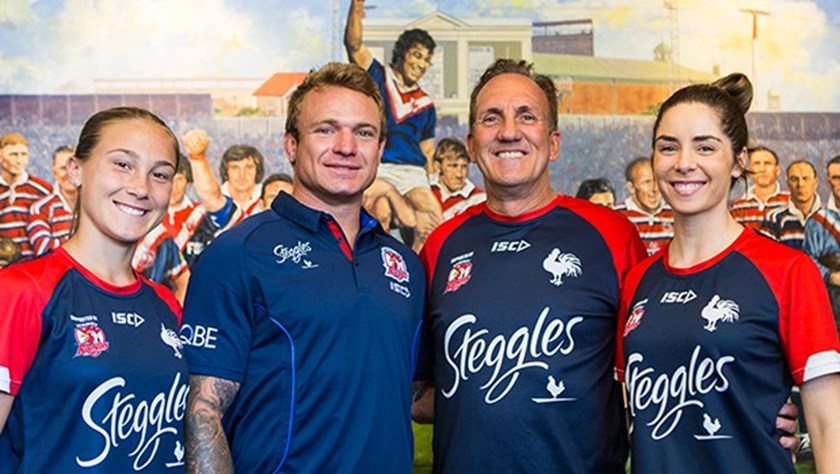 “We see the agreement between ESTA and the Sydney Roosters as a fantastic opportunity for two codes with a common interest to work together and promote both rugby league and touch football in the Eastern Suburbs of Sydney,” he said.

“It’s an exciting opportunity to be a part of and it has the potential to change both Clubs for the better by using our strengths to build a very special relationship going forward,” he added.

Sydney Roosters CEO Joe Kelly further added that this partnership will support the Sydney Roosters in its strategic aspirations across pathways programs and fan engagement.

“For the Sydney Roosters to have direct links with senior and junior touch players throughout the Eastern Suburbs is fantastic,” said Kelly.

“It highlights that the Sydney Roosters are aiding in the pathways programs for all participants who love the game of rugby league, be it through competitive, social, tackle or touch."

“There are numerous features to this partnership that will evolve over time.

“I have no doubt that many beneficial outcomes will flow from this arrangement for both organisations.”

Plans are already underway for the Roosters to honour the ESTA partnership at a specific match in the upcoming NRL season.

If you would like to participate in the Eastern Suburbs Touch Association or find out more, CLICK HERE for more details.