It'll be a case of survival of the fittest when Australia takes on Samoa in Darwin in the first of the World Cup quarter-finals on Friday night.

The Kangaroos breezed through Pool A with three wins from as many starts, with coach Mal Meninga able to experiment with combinations and bench rotations along the way.

With hot and humid conditions forecast in the Top End, most people expected to see the in-form Cameron Munster included in the squad, however, Meninga has stuck solid with the 17 that took care of England in the tournament opener with Reagan Campbell-Gillard replacing the injured Jake Trbojevic in the only change from that game.

Tipped by many to cause some damage in the World Cup, Samoa have been underwhelming thus far, qualifying for the knockout stage despite not winning a pool game.

Matt Parish's men fell to New Zealand and Tonga in the group stage and only snuck into the finals courtesy of a comeback draw against a weakened Scottish side last week.

It's not the ideal form line heading into a clash with the best country in the world, but they can only go up from here.

Former NRL journeyman Ben Roberts returns to the side at halfback while Parish has rejigged his bench in a bid to cause one of the biggest upsets in tournament history.

‌Why Australia can win: They might have finished with the fifth-best attacking record after the first round of the competition but Mal Meninga's side was unrivalled in defence, conceding just 10 points in total in their three pool games.

With familiar combinations who know how to slow the ruck, Australia will be out to control Samoa's big men to prevent any quick shifts to the fringes.

If they can win the middle then Cameron Smith and co should run riot as the Samoans tire in the steamy conditions up north.

Why Samoa can win: They're yet to set the tournament on fire, but you get the feeling Samoa are due for an impressive performance.

There is nothing more dangerous than a side with nothing to lose, and if their behemoths can set the tone early then expect guys like Ben Roberts and Joseph Leilua to create chances out wide.

The Kangaroos have claimed a couple of big wins in their two games against Samoa; the most recent a 44-18 victory in the 2014 Four Nations.

Interestingly, Josh Papalii played for Australia that day while Josh McGuire lined up for Samoa.

NRL.com predicts: The Bureau of Meteorology is predicting typical November conditions in Darwin with 33 degrees the expected max and a 60 per cent chance of rain and storms.

While the forecast might even the playing field, Australia could play in Antarctica and still find a way to win.

Expect Will Chambers to have a field day in his return home as the Kangaroos win by 26. 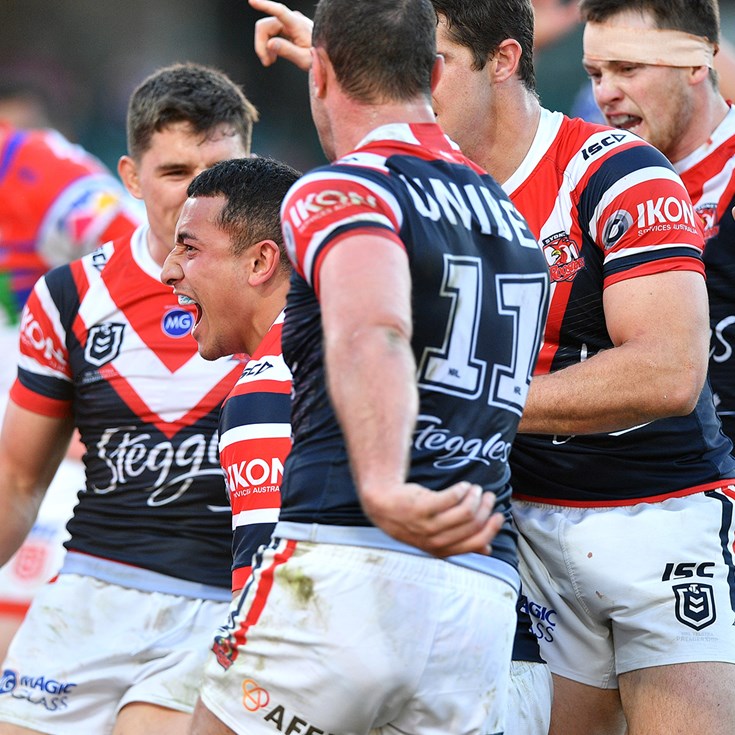 They're Great To See In Action

NSW to end crowd restrictions in COVID-19 wind back