The atmosphere was buzzing on a sunny afternoon in Queens Park, with over 500 students competing in the increasingly popular sport. 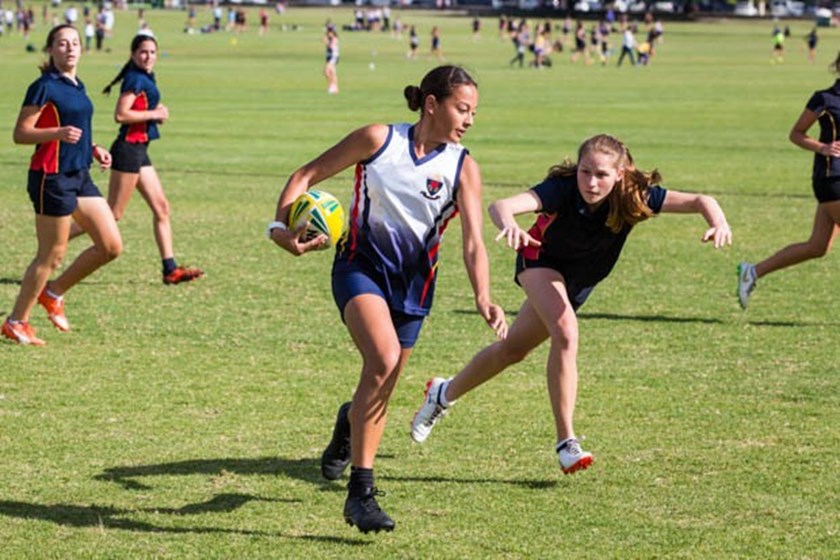 Simon Bassett of ESTA believes it’s the sense of community that has built ESTA from humble beginnings in 1985, to the largest touch competition in New South Wales today.

“ESTA is as grass roots as you can get, with participants and volunteers from all walks of life,” Bassett said.

“We have young people come through the ranks, some even give back by refereeing games.

“The Eastern Suburbs schools are involved to create a great sense of community.”

It’s the sense of community and teamwork that attracted the Sydney Roosters to the club, having recently announced a landmark partnership with the ESTA.

Players earning representative status with ESTA will now have the honour of wearing the Tricolours.

A full rebrand of the ESTA representative teams will include the Sydney Roosters playing strip as well as a name change to the Eastern Suburbs Roosters. ESTA Coordinator Emma Ryan couldn’t be happier about the partnership.

“It’s exciting to be associated with an NRL club and will mean so much to these young kids.

“A lot of them grow up dreaming of playing for the Roosters, so to represent the Roosters jersey will be huge for them.”

Emma believes the partnership with ESTA will see the touch competition go from strength to strength.

“I think there will be a lot of players drawn to the club because of the Roosters connection.

“We already have great numbers, but I think the added incentive of being a Rooster will increase popularity.”

Sydney Roosters major sponsor Steggles have also come to the party, throwing their support behind ESTA by sponsoring the program.

Presented by
1 hour ago

New Growth, New Hope: The Story Behind the 2022 Indigenous Jersey