By any measure the Roosters had a wonderful year in 2017, coming from a lowly 15th-place finish the year before to earn a top-two finish and come within a win of a grand final appearance.

They were near invincible at home, losing just twice all year at Allianz Stadium. A shortage of individuals at the top of most player leaderboards showed they are a team that shared the workload around, as the stats piece compiled by Paul Zalunardo and Chris Kennedy shows.

However after finishing second and earning a week off in the finals by beating Brisbane in their qualifying final, Trent Robinson's men suffered a shock semi-final loss to the fast-finishing Cowboys to miss out on the Telstra Premiership decider – a fact which still burns through the pre-season.

"To come that close and with the team we had, we were really disappointed," club captain Mitch Aubusson told NRL.com.

"I'm still really proud of where the club came from the year before and the work we put in throughout the year to get the success we did. We fell short which is obviously disappointing but now everybody starts again."

The familiar surrounds of Allianz Stadium proved a happy place. Ten home wins marked a haul that was the envy of all other sides. Not even minor premiers Melbourne were able to match this.

As well as leading his side in line breaks and tackle breaks, young Rooster Latrell Mitchell finished as the Roosters’ top try scorer. He finished equal 10th in the NRL.

"With ball in hand he's hard to stop," Aubusson said of the powerful young centre.

"We've had him for the last two years training and edge defence and drills, he's almost impossible to contain one on one so it doesn't surprise us that he's topped that [club tries].

"He's an absolute freak and I think he's only going to get better which I think is the scary part."

Now Knights player Mitchell Pearce led the NRL in total kicking metres and finished second behind Nathan Cleary (Panthers) in total kicks in his final year with the Roosters. It was little surprise he led the Roosters in average net gain from kicks inside their own 40m zone.

According to NRL.com/stats, the Roosters were the fifth-busiest team when it came to backing up teammates. Five-eighth Luke Keary, who proved to be one of the best buys of the year, amassed the fifth-highest average in the NRL.

It was another stellar season for Boyd Cordner. The rugged back-rower led his team in making metres after having attracted contact from the defensive line, a play which can disrupt a defence and set up attacking opportunities for teammates. The NSW skipper finished 11th in the NRL.

No-nonsense prop Jared Waerea-Hargreaves won’t like this – only Sharks five-eighth James Maloney conceded more penalties. The 29 infringements pinged on the big New Zealander was more than double the second-worst offender at the Tricolours.

The Roosters made more errors than any other team. Boom youngster Latrell Mitchell made 30, enough to get him in the top 10 in the competition.

"It's definitely something we need to address, it's probably not good enough for NRL standard," Aubusson said.

"But we're a team that plays an expansive sort of footy and we want to continue to push those boundaries and play some hard, attacking footy. And we all love doing that but we just need to rein that in and work on that ball security a bit better, definitely."

Results suggest those coming off the Roosters’ bench didn’t provide a great lift on the scoreboard. No Rooster finished anywhere near the top 16 in the NRL.

Despite their big-name pack, the Roosters didn’t have anyone in the NRL’s top 10 for hit-ups or metres gained (both total and average). Back-rower Boyd Cordner led the way in metres per game ahead of a pair of outside backs. 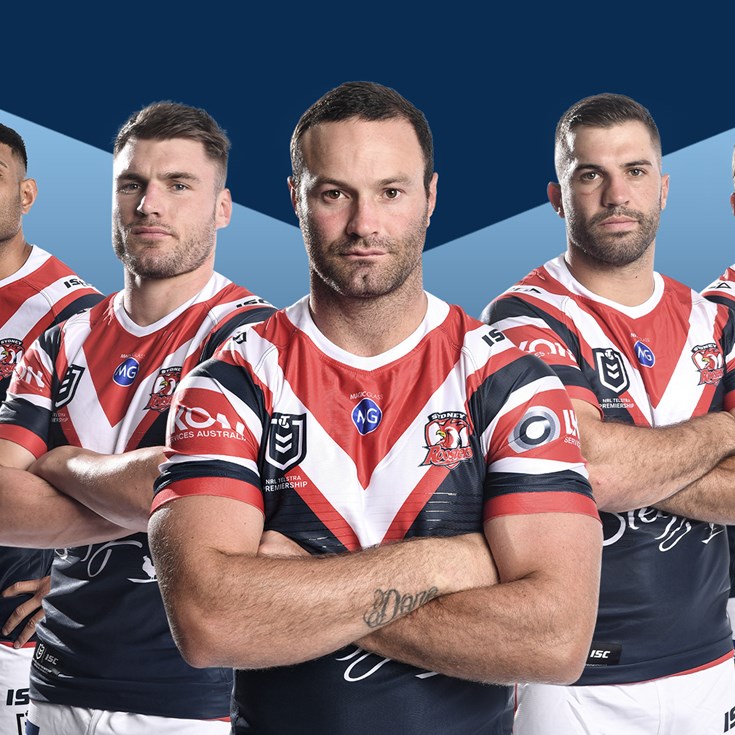