Sydney Roosters enforcer Jared Waerea-Hargreaves says his troublesome knee has never felt better and, with a new baby at home, is ready to throw himself back into football.

The 29-year-old prop had a progressive stem-cell treatment in his knee over the off-season that curtailed his training program until January and limited his involvement across two trials to 30 minutes in the final hit-out against the Sea Eagles.

He also became a father for the second time a week ago when his wife Chelsea gave birth to the couple's second daughter, Harper, younger sister to two-year-old Zali.

Like his fellow prop Dylan Napa, he has faced criticism for the way the team exited the 2017 playoffs as they lost the battle in the middle against a Jason Taumalolo-inspired North Queensland Cowboys outfit in the preliminary final.

Waerea-Hargreaves said he doesn't regret being outspoken in the lead-up to the game, only that he didn't put in a dominant performance in that 29-16 loss.

"It's hard not to close the door on that game. It obviously was disappointing but the belief was strong throughout the year and to finish how we did was obviously disappointing but it's a new year... we're really excited about what's ahead of us. Bring on 2018," he said.

"We just had an honest conversation amongst each other [over the off-season], sat down and nutted a few things out.

"For us, we didn't lay a good enough platform for our boys to go forward. We're the starting front-rowers here at the Roosters and we need to be proud of our actions and we weren't so for us it's putting it into actions on the field when it counts."

Waerea-Hargreaves said if coach Trent Robinson decided to stick with the forward rotation from the Manly trial – with Napa and Sio Siua Taukeiaho as the starting props and Waerea-Hargreaves on the bench – he would be fine with that. However, he also stressed that given a lack of match fitness, he was not expecting to start in the trial game.

"We haven't spoken about that (coming off the bench), that's obviously what happened last week in the trial against Manly, it was my first hit-out and it was good to get some minutes under my belt but whatever it takes for the team to go forward, for sure."

On his fitness, Waerea-Hargreaves said his knee is the "best it's ever been".

"I haven't been this excited in a couple of years, to be honest with you," he said.

Co-captain Boyd Cordner didn't feature in the trials but is looking forward to what he said would be a tricky game against an under-rated Wests Tigers team on Saturday afternoon.

"I think they've recruited really well over the off-season and throughout last year, they've got a really handy team there with a lot of experience," Cordner said.

"They'll be pushing a lot of teams all the way. We're under no illusions that having their coach and new players for a pre-season now, they're going to be tough."

Cordner wasn't yet sure if five-eighth Luke Keary would be able to start the season as he continued to be managed for a broken jaw and concussion symptoms from a training incident over the off-season but backed stand-in pivot Mitch Cornish to rise to the occasion if required.

"It's always important having your halves in the team in trial matches but I thought they played really well [against Manly] and Mitch Cornish stepped in and did a good job," Cordner said.

"[Keary] is still being managed, I honestly don't know [if he'll play].

"He's on track, he's pulled up really well this week, I don't know what their plans are for him. Hopefully, it's to play round one and he's sweet but if not it will probably be round two. [Cornish] has been really good... he's really sharp, he's got a lot of confidence out of playing a bit of NRL last year and he's going to be really good for us throughout the year." 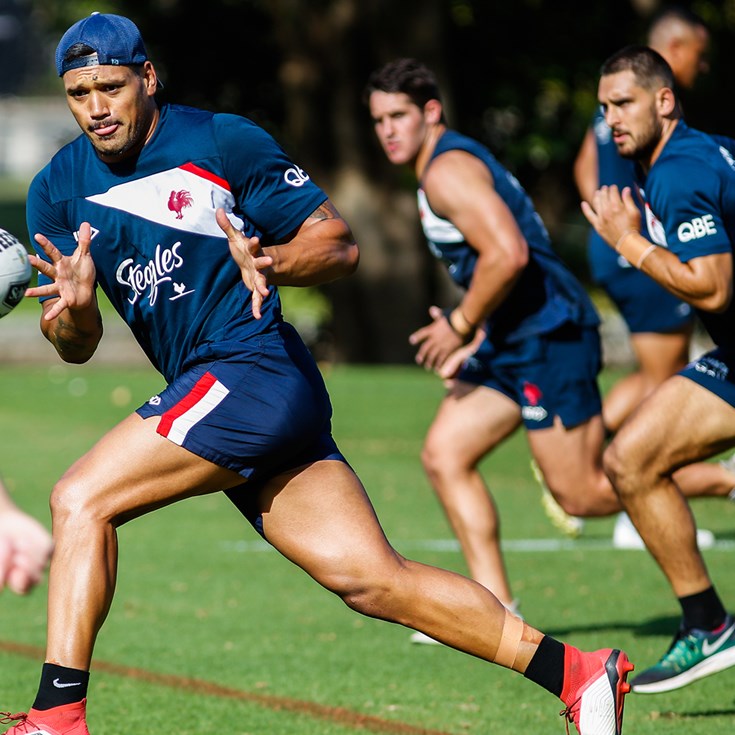