The Dragons are coming off their first loss of the season last week, while the Chooks fought tooth and nail for their 6-0 defeat of the Bulldogs, so it'll be interesting to see if both teams come out tentatively or aggressively.

Roosters coach Trent Robinson would've loved the fact his team didn't concede a point against the Dogs, but he also realises that one converted try probably won't be enough to be beat the Dragons.

The Warriors were happy to give away a procession of penalties against the Dragons and the tactics ultimately proved successful in a 20-12 triumph.

Wonder if it'll be more of the same against the Roosters.

Key match-up: James Tedesco is hardly in the veteran class, but the 25-year-old fullback is up against one of the NRL's most exciting young custodians in 22-year-old speedster Matt Dufty. Tedesco probably has a mortgage on the NSW No.1 jersey for the next five years if his form doesn't waver much, but hungry young guns like Dufty will be waiting to pounce if Tedesco slips up. 'Teddy' will be keen to remind Dufty who's boss, while Dufty has shown he isn't intimidated by reputations.

For the Dragons to win: They can't get caught up in any surprise tactics Robinson inevitably has up his sleeve. Last week the Dragons essentially played better football than the Warriors over the entire 80 minutes, yet the Warriors prevailed, preventing their opponents from finding their usual rhythm with a string of disruptive penalties in the opening 20 minutes. The Dragons have to avoid getting frustrated and play their own game.

For the Roosters to win: After an improved performance by their forwards in the dour win over the Bulldogs, the Roosters have to back it up with another strong performance up front. But they also need more consistency from their big-name backs like Blake Ferguson, Latrell Mitchell and James Tedesco. Luke Keary is a good fit alongside Cooper Cronk, but he can't afford to take a back seat to his highly decorated teammate.

Roosters stat attack: He is one of the game's superstars but Tedesco leads all NRL players in errors (12) this season. The Roosters have also had their issues as a team, leading the competition in errors (94) and ineffective tackles (166). They have also made the most tackles (2409).

And another thing: Johnny King is the Dragons' all-time leading try-scorer with 143 and Graeme Langlands their leading point-scorer (1554). Craig Fitzgibbon ranks as the Roosters top point-scorer (1376), while Dave Brown scored a mind-boggling 45 points in an 87-7 defeat of Canterbury in 1935.

Jacob Host replaces Hame Sele on the interchange in an otherwise unchanged 17.

Sio Siua Taukeaiaho returns from a knee injury on the bench, bumping Frank-Paul Nuuausala to the reserves. Jake Friend is named despite suffering a head knock last week. 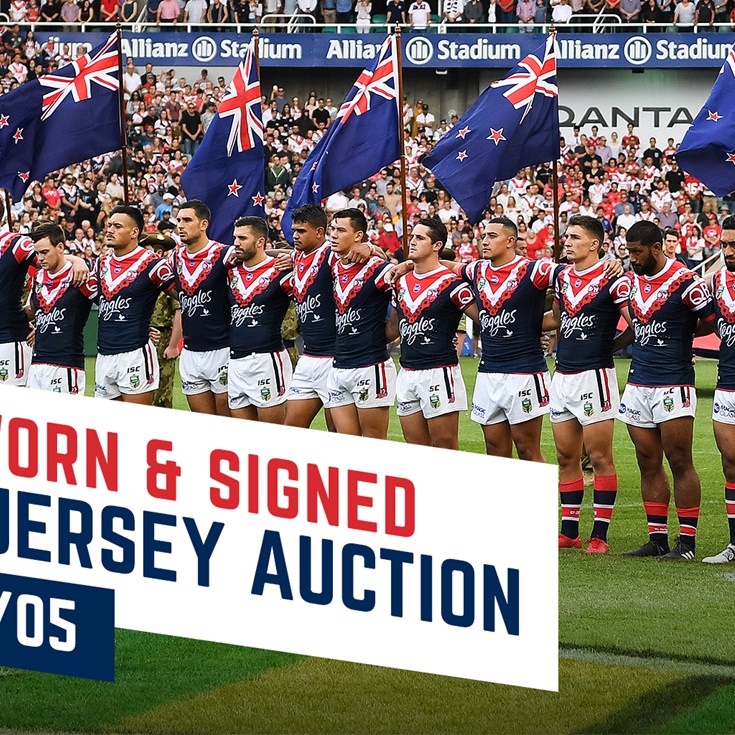