It was a centre battle for the ages between Latrell Mitchell and James Roberts at Suncorp Stadium on Friday night that stole the show in an extraordinary 28-22 win to the Brisbane Broncos.

Roberts had the last laugh where it counts on the scoreboard when winger Jamayne Isaako broke a 22-all deadlock in the 78th minute with a scintillating 30-metre try.

It was Roberts' 70-metre effort with seven minutes remaining to level the scores that evoked memories of Steve Renouf and will live long in the memory of all who saw it. And the man he left in his wake with pure speed was Mitchell.

The match erupted in the 75th minute when Roosters prop Dylan Napa led with his head in a dangerous tackle on Korbin Sims and was sent to the sin bin.

Napa's high shot had the Broncos seeing red and Sam Thaiday raced in to remonstrate with Napa.

When the dust had settled it was the Broncos who made the most of the one-man advantage to seal a memorable win with Isaako's second try.

NSW Blues coach Brad Fittler has plenty to think about after centre candidates Roberts and Mitchell both scored and set up tries in an epic showdown.

Roberts recalled before the game how the Sydney Roosters centre had left a palm print on his chest in last year's finals series at Suncorp Stadium on the way to the match-winning try.

Mitchell repeated the dose on Roberts in the first half on Friday night to set up a four-pointer ultimately for Luke Keary.

Just before half-time Mitchell stepped off his left foot to leave three Broncos defenders in his wake, including Roberts, to give the Roosters a 12-10 half-time lead.

As Roberts trudged off at the break with a sore groin after copping a knee in the nether regions it appeared to be game, set and match to Mitchell in the head-to-head stakes.

Roberts had other ideas and showed immense character to come out after half-time and stand Mitchell up to send Isaako over out wide.

Isaac Liu and Boyd Cordner then scored to give the Roosters a 22-16 lead and momentum before Roberts turned on the after burners and lived up to his 'Jimmy the Jet' nickname.

The Broncos unearthed a star of the future in 19-year-old Kotoni Staggs, who entered the fray in the third minute of his NRL debut after Tom Opacic was concussed.

Staggs showed his class at left centre to catch and pass in the one motion to send Corey Oates over and displayed immense strength to shrug off Ryan Matterson and Blake Ferguson and score after a slick offload from Tevita Pangai.

Keary had a blinder for the Roosters at five-eighth and also gave Fittler a lot to think about when he sits down to pick his halves combination for Origin One at the MCG on June 6.

News & Notes: Broncos centre Tom Opacic left the field with concussion in the third minute and did not return... Broncos utility Kotoni Staggs scored a try and played 77 minutes in his NRL debut off the bench and forward Patrick Mago also made his Broncos debut off the bench ... Sydney Roosters centre Mitchell Aubusson played his 250th NRL game for the club, the third player after Luke Ricketson and Anthony Minichiello to do so... Crowd: 29,009. 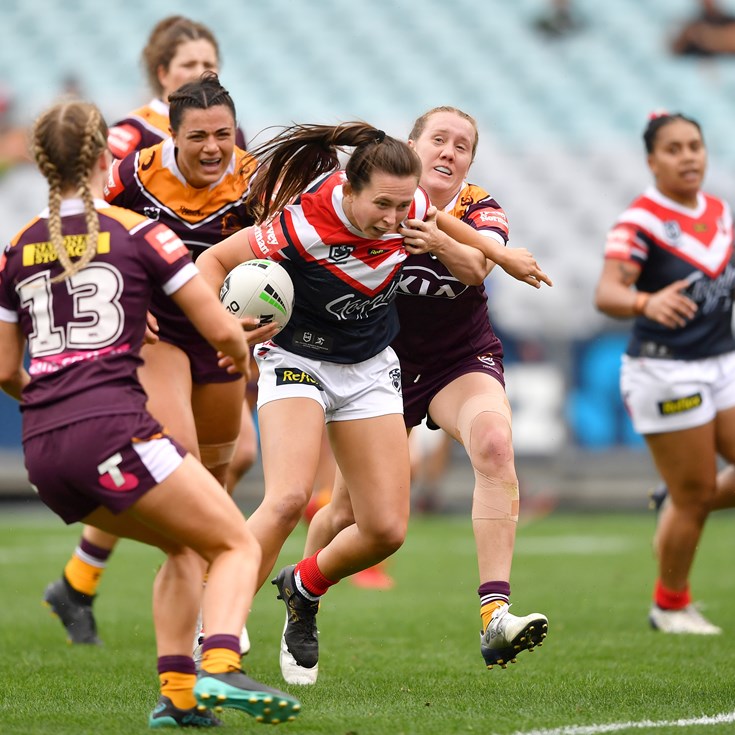