While predictability levels are usually at a low around the State Of Origin period, this game was about as unpredictable as it gets.

The first half consisted of a number of strange errors from both sides, including a near fatal fumble from Luke Keary in his own in-goal.

Both sides were turning the ball over consistently throughout a first half that included some untimely and unusual plays.

It has been labelled as a strange game, and the odd moments were most certainly contagious.

DEFENCE IS AN ATTITUDE

Daniel Tupou may have pulled off the try-saving tackle of the season, but his desperate defensive effort wasn't the only moment that stopped what appeared to be a certain try.

Victor Radley put on a couple of massive shots on his goal-line, most notably on the Wests Tigers starting forwards to continue his impressive run of defensive displays.

Blake Ferguson also springs to mind, with his shot on Mahe Fonua after the siren sounded sealing the deal on yesterday's exciting Round 13 win.

We know that defence is king, and the effort was there all around for the Tricolours.

The Roosters were without four players due to State Of Origin selection, but their replacements put in the work to ensure the team didn't go home without two competition points.

Blake Ferguson was setting up tries at fullback, Matt Ikuvalu was solid in his debut on the wing, Victor Radley and Nat Butcher were both impressive starting in the second row and Lindsay Collins contributed with some big carries coming from the bench.

The State Of Origin period can be tough for some teams, but the Roosters have guys that are ready to step up when their number is called.

He was making his return from a pec injury that he sustained in Round 2, but Daniel Tupou was outstanding for the Roosters in his return to the field.

Not only did he score both Roosters tries, but his try-saver on Corey Thompson was unbelievable.

Tupou has brought a lot to the side in his time at the Club and what he has to offer was on full display.

Radley has stepped up wherever he's been asked to play this season and yesterday was no exception.

He played big minutes and was up to just about every challenge thrown his way, including trapping a grubber and running 90 metres to nearly score a four-pointer in the second half.

In what is is first full season playing first grade, all signs are positive so far for Victor Radley. 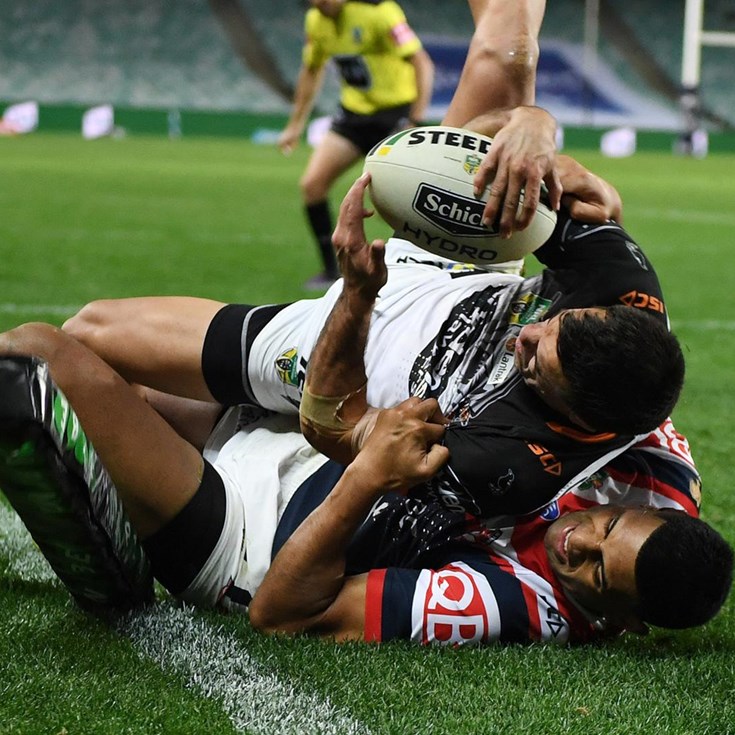 Best finishes of 2018 | Roosters hold on to beat Wests Tigers