Player ratings for the NSW Blues from game two of the 2018 State of Origin series.

1. James Tedesco: Was handled better by Queensland than in game one but he was still dangerous with the ball and safe at the back. Lovely pass for Mitchell's second-half try. 7/10

2. Tom Trbojevic: Defensive combination with James Roberts was tested early and found wanting. Still deserves plenty of credit for taking a mountain of tough carries in his own end. Was one of the best on ground in a frantic final 10 minutes. 7

3. Latrell Mitchell: Quiet first half but exploded early in the second with powerful try and some big hits. Very poor error from a restart plus a defensive misread to hand Will Chambers a try which would have led to a lower score if his team had lost. 7

4. James Roberts: Still question marks over his defence after the Maroons created plenty of space on his edge. Busier in attack than game one with four busts and nudging 100 metres. Will be remembered for a late professional foul that could have proved more costly than it did. 4.5

6. James Maloney: Not quite as rocks and diamonds as game one. Some lovely kicks including one to create crucial penalty try. Perfect off the tee with two sideline conversions which was crucial in a tight game. His composure in a tumultuous second half was vital. 8

7 Nathan Cleary: Won't be in many more highlight reels than he was in game one but got through his kicks and tackles. Late cover tackle on Valentine Holmes was a thing of beauty. Did his job and should be in the role for a long time. 6.5

8. David Klemmer: First stint was classic Klemmer with some big charges but injury and sin bin dramas elsewhere in the team prevented coach Brad Fittler being able to get him back on the field. 5.5

9. Damien Cook: Had nothing like the same platform to work from as in game one, particularly in the first half, but still chose his times to run well and did a mountain of defence with a team-high 42 tackles. Queensland had a much better plan for him this time. 7

10. Matt Prior: Just three runs in his opening stint but defended solidly. The Blues lifted after he was replaced by Vaughan. Had an already-short second spell curtailed due to Roberts' sin bin with Peachey called in. 5

14. Paul Vaughan: Blues were blown away early but the game completely changed once Vaughan came on. Enormous impact from his first carry to his last. 7.5

15. Jake Trbojevic: Like game one, was called in early and played out the match.Incredibly reliable in the middle doing plenty of tough stuff. 7.5

16. Angus Crichton: Hardly used in the first half but shored up the right edge with 23 tackles and 52 metres in the second. 6

17. Tyrone Peachey: Only got a few more minutes than his debut but again did his best to get busy once he got on. 4

Penalty try to the Blues

Origin at Suncorp, there's nothing like it! Game III tickets still available here. 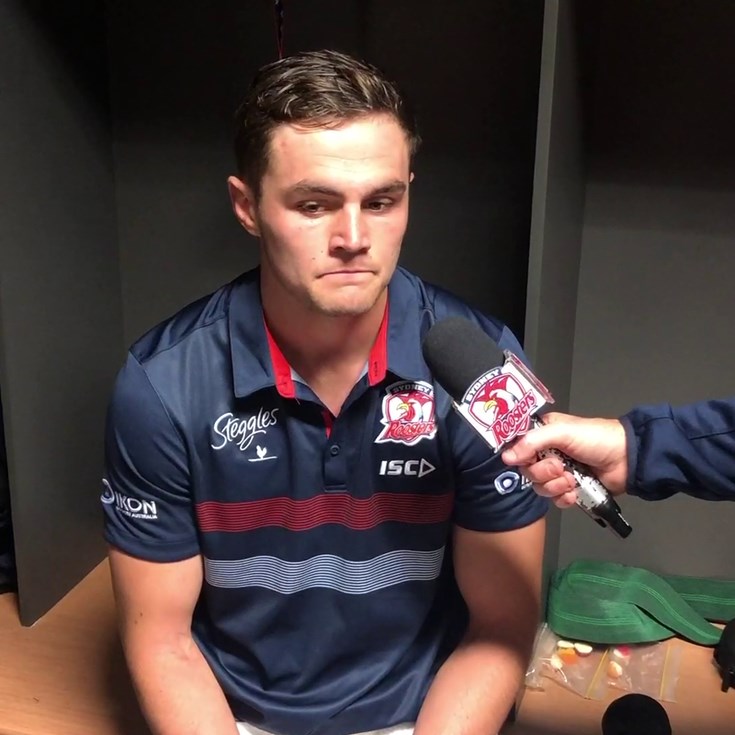 In The Sheds | Kyle Flanagan