The last time we faced the Dragons on a Sunday afternoon, the Roosters brought their A game in the last match at Allianz Stadium for the season to claim a big 42-6 win.

It was a try-scoring bonanza for the Roosters and they were coming in from every part of the field.

Mitchell Aubusson was the first in on the action after pouncing on a well weighted grubber, then when he was replaced due to an injury by Ryan Matterson he was the next to score off a perfect ball from Blake Ferguson.

The second half saw the flood gates fly wide open and most of the games points scored (all by Roosters).

Daniel Tupou shrugged Josh Dugan off for a hard earned four-pointer, Ferguson finished off a long range special, Tupou bagged a double from a kick in the following set and Aidan Guerra even chimed in.

Ferguson capped off an excellent game at fullback with the final say of the game after running a perfect line to score on the left edge.

We'll look to make it three wins in a row over the in-form St George Illawarra Dragons this Sunday afternoon at Allianz Stadium!

GET YOUR TICKETS TODAY. 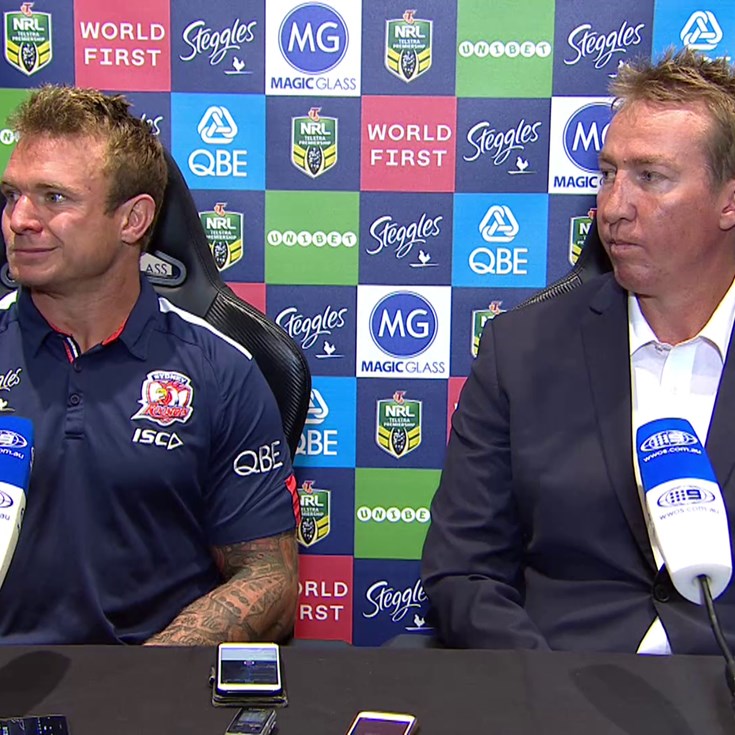