Cooper Cronk doesn't need his regular halves partner Luke Keary to rush his rehab on a knee ligament injury as the Roosters seem to be travelling just fine.

Keary went down in the 36-18 win over the Dragons in round 20 but the Roosters put back-rower Ryan Matterson into the No.6 jersey and wins over the Cowboys (26-20) and Rabbitohs (18-14) have followed.

Admittedly the key has been Cronk taking over the kicking duties and swinging from one side of the field to the other.

Cronk put boot to ball 14 times against the Dragons (Matterson none) and 12 times in the Rabbitohs game (Matterson one kick).

But it's not as if Matterson is standing still. He has made double the tackles and post-contact metres than Cooper in those matches.

The 23-year-old second rower has merely taken on a partial forward's role in the Roosters halves while letting Cronk assume playmaking duties and positional control.

"It has to be done," Cronk told NRL.com. "What happens is whether it's Keary or some other half [out injured], people try to reincarnate that person.

Ferguson: Roosters gave me a second chance at life

"I've been around long enough to know you don't have to. Ryan Matterson is doing a tremendous job. I always tell the young guys coming in 'Don't try to be someone that you're not'. Take the two things you are really good at and bring those in."

With Matterson, that's taking on the line in attack and standing his ground in defence.

"Boyd and Latrell need a lot of credit for the way they've handled the situation too," Cronk said.

"They are used to Luke calling everything. But now they're contributing and actually calling plays themselves to help Ryan out.

"It's a little bit of extra workload for me, but it's all good."

Even before Keary entered the casualty ward, Cronk was feeling his control of the Roosters team off his boot was reaching new heights. That includes his time with Melbourne Storm.

"My kicking game has improved this year. It's become more consistent in crucial times," said the 34-year-old into his first season with the Roosters after 14 in Melbourne.

"The other thing I think that has improved is my passing on knowledge to others during a game.

"Obviously I want to be successful and compete well in my time here, but another thing is to make this club in a better position to push on.

"When my time is done hopefully the Luke Kearys, Latrell Mitchells, James Tedescos, Boyd Cordners know this is what we need to do here because we know it holds up under high pressure."

The Roosters are guaranteed a finals berth, currently sitting on top of the Telstra Premiership ladder with three rounds left.

They could meet Storm in the finals – even the grand final.

"I get that it's a question and a talking point, but for me to even consider that or answer questions on it is crazy because we're three weeks out from the finals and anything can happen," Cronk said.

But Roosters will be in the thick of the finals as Melbourne tries to defend its title – a trophy Cronk had a part in securing last October.

"There's so much football to be played yet. But I tell you what, if it does happen, ask me the question then." 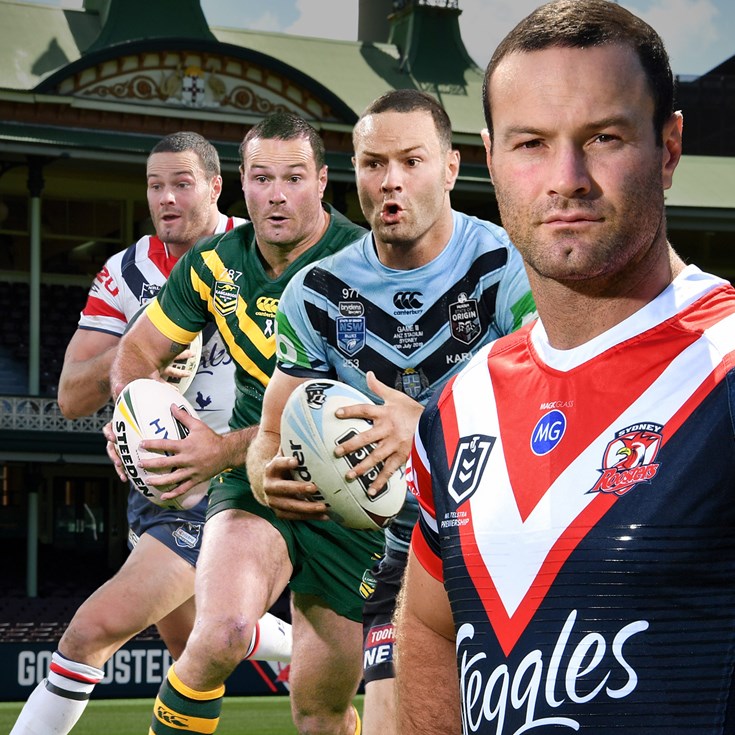