If there's anyone in the Sydney Roosters squad that's seen their share of finals football throughout their young career, it's lock forward Isaac 'Iceman' Liu.

Since making his debut for the Club in 2013, Liu has only missed one final series which was in 2016.

With five finals appearances in just six seasons in the top grade, Liu not only relishes these opportunities, but looks forward to the big games.

"We look forward to these battles, especially against Souths," he said of the match.

After a week one win against the Sharks in the Qualifying Finals, the Roosters spent their week off training and working on the fundamentals of their game.

Liu says the week off did the boys the world of good leading into a big match.

"We recovered really well after the week off, the body is feeling fresh and we're ready to go."

Saturday will mark the Roosters last game at Allianz Stadium before the stadium undergoes redevelopment.

Liu offered his thoughts on this being the last game before the team heads to the Sydney Cricket Ground in 2019.

"To play our last game here in a Preliminary Final is pretty special, also a bit sad.

"I think we're going to really take it in this week, we'll do our final training session on the Allianz turf.

"The atmosphere, the crowd, the ground, I think we're just going to enjoy it."

Liu has been a regular starter for the Roosters in 2018, being rewarded for his good form as an always reliable and versatile forward.

When commenting on his form this season, Liu says that there's always room for improvement on personal performance, but that's not the goal this week.

"There's more to improve on and I could always be better, but right now I just want to get out there.

"It's been hard trying to contain the excitement this week, now I just want to play.

"We want to go out there, practice what we did during the week and all year and I'm looking forward to pulling it all together."

The focus is clear, and there's no looking forward and further than the task at hand.

"We're focused solely on this game.

"There's no talk of a Grand Final, we're focused on ourselves, on this week and that's this game." 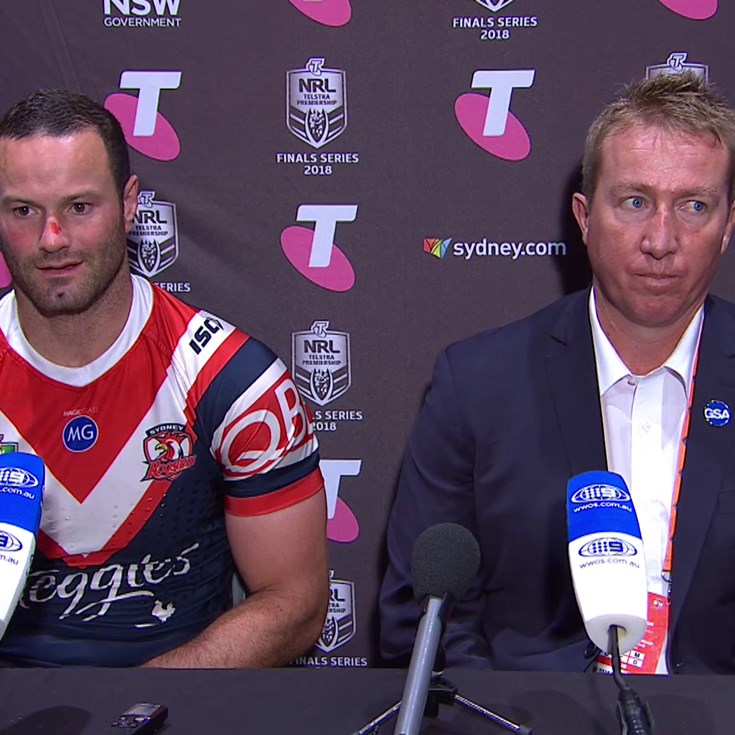