Sydney Roosters fullback Karina Brown believes her side's 10-point loss to Brisbane a fortnight ago will be the catalyst for revenge in Sunday's NRL Holden Women's Premiership decider on Sunday.

The Roosters stormed into the inaugural NRLW grand final with a 26-0 victory over the Dragons in round three to set up a rematch with the undefeated Broncos.

Most experts tipped the Roosters to square off with the Broncos in the grand final before a ball was kicked, though both sides took very different paths to reach the decider.

After a fortnight of jaded attack the Tricolours finally put it together to live up to expectations and will go into the big dance as underdogs.

"We've got plenty of room for improvement and want to view it as we're saving the best for last," Brown told NRL.com.

"That's what we've had to do, just keep building each week. For some reason the footy gods have aligned for us and we got through. We've built from there and if we can step it up again we're in with a good shot."

Brown said the Roosters rued two opportunities in the Broncos' round two loss - the 29-year-old failed to ground a grubber in the in-goal area, while teammate Vanessa Foliaki was held up over the try-line.

"They were both key moments and that's the difference sometimes," Brown said.

"We score those two and it could've been a different game. I think we're in with a big chance this week now we've been able to click and gel."

Brisbane have been unstoppable across the paddock but their forward pack has arguably been the cornerstone to their success.

After captaining Queensland in this year's Holden State of Origin clash, Brown is wary of her nine state teammates lining up for the Roosters.

"We have to be dominant in the middle and control their ruck," Brown said.

"They've got a superstar in Brittany Breayley, who controls that middle. I think if we've got some great shape in attack and depth with good ball movement, that can get us over the line."

Roosters coach Adam Hartigan turned the attention onto the Broncos in the lead-up to the clash, declaring there was more expectation on their rivals.

"Definitely," Hartigan offered when asked whether the Broncos can be beaten.

"We just have to improve again on what we did which we will. It will be a big game. Anything can happen but their expectation will be to go undefeated and win the comp.

"They'll know we'll be there to stop them but if you look at results I think there's more expectation on them at the moment."

Travelling for the grand final?
You can secure your tickets and travel all in the one place with 'build your own' packages still available HERE 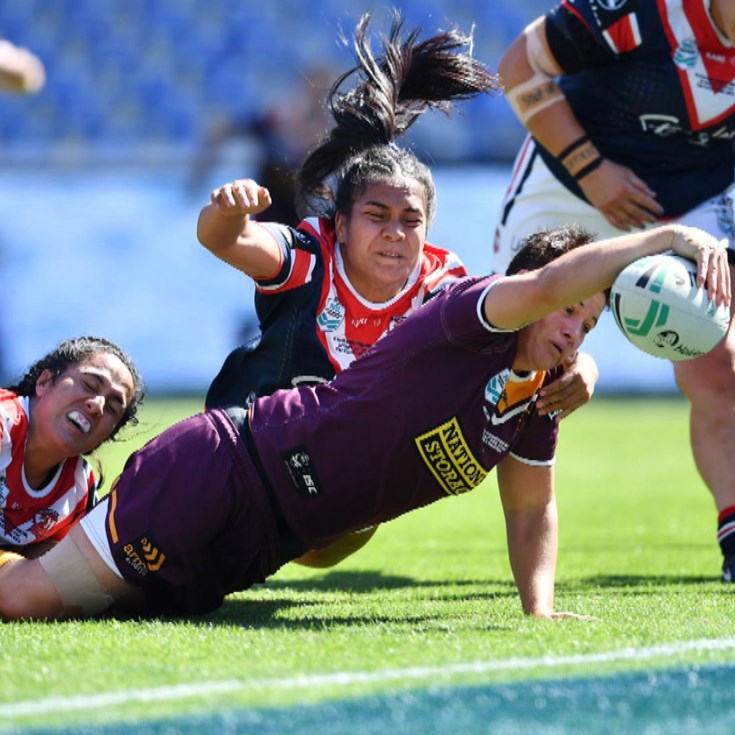 Emotional Kelly wears her heart on her sleeve