Sydney Roosters prop Chloe Caldwell said despite not being able to run out for the 48th Indigenous Koori Knockout held in Dubbo this weekend, she will still be playing for her people on Sunday when she runs out in the inaugural Holden Women's Premiership grand final at ANZ Stadium.

Caldwell had played in the annual cultural carnival since she was 17 with the Redfern All Blacks, who this year will be chasing their fifth consecutive title.

Over the years the four-day competition has showcased the raw talent of a number of NRL players, and Caldwell said it was great to see so many Indigenous women who had battled it out in the tournament now playing alongside her in the Premiership.

"I have a lot of love and passion for rugby league - it's in my blood and my family," Caldwell said.

"It's going to be very hard missing it this year - there's a lot of passion and heart that comes with playing that type of footy, but I'm proud to be representing my family, my mob and our young girls in the NRLW grand final on Sunday.

"I'm also proud that we have so many Indigenous players in this premiership so our young girls have players they can look up to who have played and developed their footy over many years of playing in the knockout.

"Hopefully seeing us on this stage will inspire them to want to be here one day."

The speculation that circulated on social media in recent days regarding the 2018 Knockout not going ahead was put to bed by the NSWRL, which sent out a statement approving the competition despite receiving an application for the event to be sanctioned just three days out.

The hard-hitting Roosters prop said the mob-gathering event had taken her football to new heights.

"I've been playing in the knockouts ever since I can remember and it's played a big part in who I am as a player now," Caldwell said.

"The talent you see at the Koori Knockout you won't see anyone else.

"I think brings out your best football - it's much more than just another game; we're playing for our family, our community and our culture."

Caldwell missed the Roosters' 26-0 win over the Dragons on Saturday night to give teammate Kandy Kennedy her first run in the competition but has been named in jersey 16 for their grand final clash against the Brisbane Broncos.

Although the Broncos defeated the Tricolours 14-4 in the second week of the Premiership, Caldwell said the side was confident of getting the upper hand this time round.

"It was frustrating the first two weeks when combinations weren't coming together because we do have a great team," she said.

"But the girl's performance on Saturday night has brought a lot of belief back into the side and has given us confidence.

"I think it will be a physical game this weekend - it was when we matched up against them in round two so we expect the same.

"From what we displayed against them in round two we need to be better all across the park and as we saw last weekend, it's starting to come together for us." 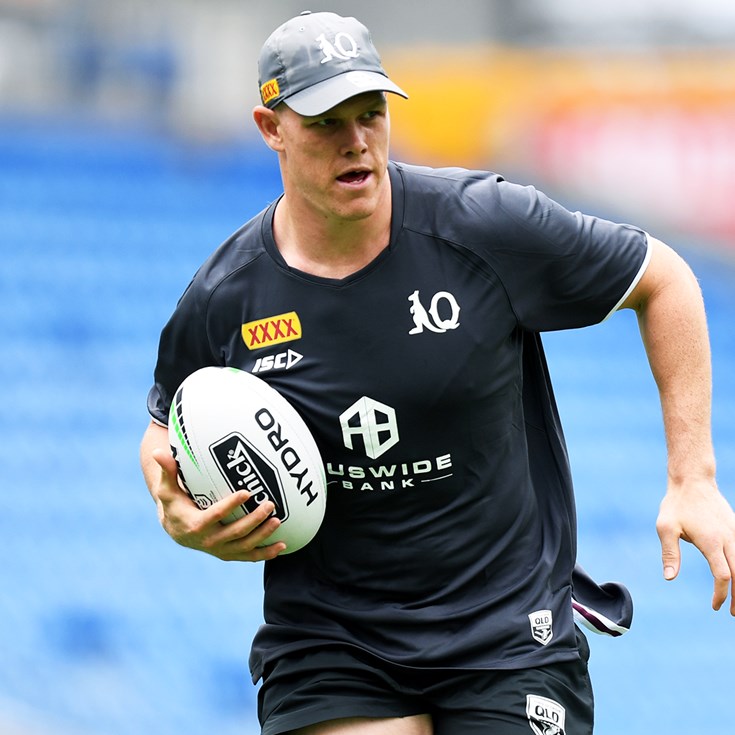 Collins leans on grandad's wisdom ahead of Origin I

Foliaki's turnaround pays off in 2020

How rookie Cherrington takes leaf out of Luai's confidence book

Presented By Rebel 5 days ago

Rooster Simon primed to return with baby on board