Awarded to the Player of the Year, the Jack Gibson Medal was voted for at the conclusion of every game by the Roosters NRL team and Coach, with votes tallied across the season.

John Gibson, son of the late Jack Gibson, presented Tedesco with the Medal.

Sydney Roosters captain Jake Friend won the James Mathews Award for Clubman of the Year, recognising his extensive contribution both on and off the field throughout the year.

Latrell Mitchell was the recipient of the Roosters Our Community Award for his efforts throughout the community and work as an ambassador for the St Vincent's Heart Health Program.

Mitchell was also named Members Player of the Year.

Meanwhile, Joseph Manu took home the Steggles Try of the Year Award for his memorable four-pointer in the Roosters win against the North Queensland Cowboys in Round 21.

The Roosters introduced a new award on the night, the KARI NRL Women's Premiership Player of the Year.

The award was voted for at the conclusion of every game by the Roosters NRLW team and Coach, with votes tallied across four-week competition.

The inaugural recipient of the award was halfback Zahara Temara.

Sam Verrills was awarded the Arthur Beetson Medal for Jersey Flegg Player of the Year and the Harry Phipps Rising Star Award was presented to Billy Smith.

The award winners on the night were:

The night was attended by more than 350 guests and was staged in the Bondi Room of Easts Leagues Club. 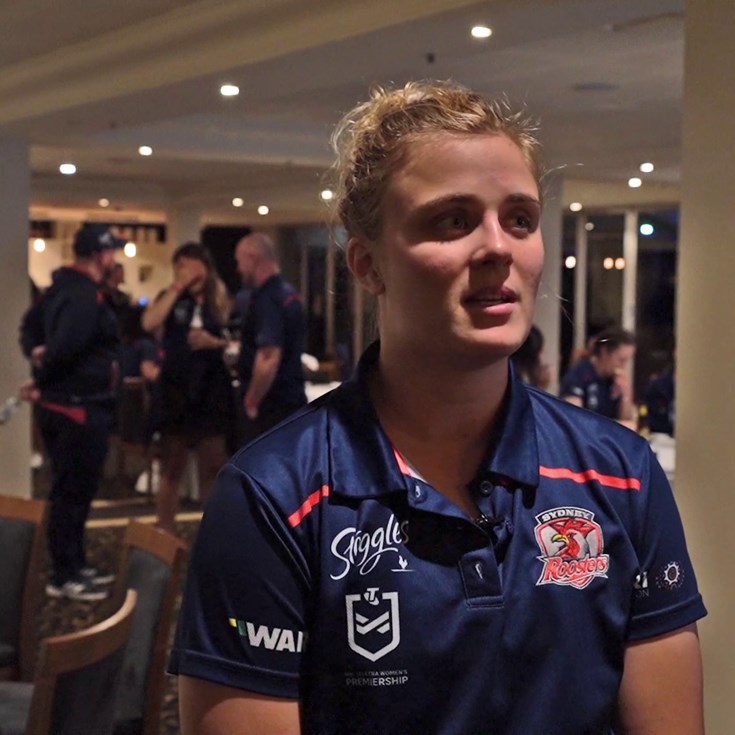 I Won't Leave Until We Win | Hannah Southwell