Victor Radley is no stranger to the New South Wales setup having spent much of his development in the Junior Blues program. The Clovelly Crocodiles junior was also a member of the Emerging Blues squad in 2018, the same year he earned a first grade debut and maiden grand final win with the Sydney Roosters.

Speaking with NSWRL.com.au after the squad’s first hit-out in Homebush on Tuesday, the man touted as one of the competition’s biggest hitters couldn’t contain his excitement when he was named 19th man.

“I was over the moon obviously,” Radley told NSWRL.com.au.

“It was probably late yesterday afternoon when I got the call from Robbo (Trent Robinson) first of all, and then Fitzy (Craig Fitzgibbon) gave me the call to give me all the details.”

“It was pretty special. It’s something I’ve wanted to do my whole life and to be able to be here now it hasn’t sunk in yet, but I’m sure it will later in the week,” he said.

The most important thing for Radley, however, is to get as much experience he can from some of the state’s best players.

“In the session today everyone was really switched on and when we’re on the field we’re training hard.”

“We are really concentrated on executing and things like that, so I’m going to try and take that out of it (training with the squad).”

He is particularly focused on learning from Rabbitohs No. 9 Damien Cook and Brydens Lawyers NSW Blues assistant coach Danny Buderus to improve in the hooking role, the position that Radley is currently playing in the absence of Jake Friend.

“That’s a massive part of what I’m trying to learn here,” Radley said.

“Guys like Damien Cook, who’s probably the standout hooker in the competition and even in the world now and Danny Buderus who back in his day, and still is one of the smartest and best hookers.”

“Those two guys I’ll be keeping a close eye on and I’ll be trying to learn what I can off them.” 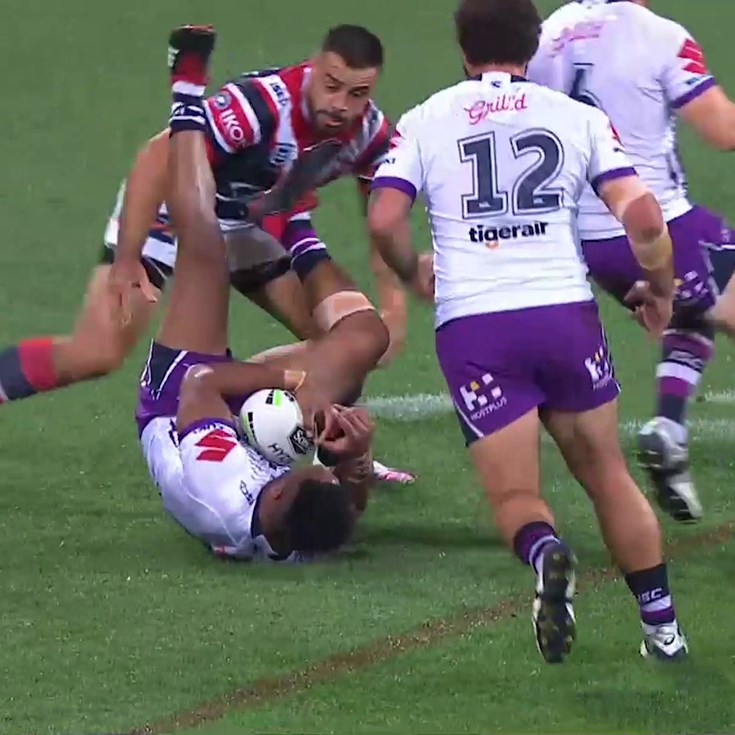 A Try On Debut | Try Of The Week

Never Give Up | MusclePharm Moment

Presented By MusclePharm 14 hours ago