Blues fullback James Tedesco averages more "high-speed efforts" per game than any other player involved in Origin I, according to Telstra Tracker data.

Sprints are defined as the number of runs in a game where the player reaches a speed over 20 kilometres per hour, and Tedesco's 40 is 10 clear of the next best player involved in the Holden State of Origin series opener – Josh Addo-Carr's 30 per game.

Moses Mbye (29) leads the way for Queensland, with Michael Morgan (26) next best.

It's logical that outside backs would feature prominently given they tend to have more space to work in than forwards.

The players near the top of the list are also often the busiest support runners while halves also have plenty of separate sprints per game on average.

Players who make plenty of line breaks or are involved in longer chases where they have a chance to build up to top speed feature prominently as well with Tedesco (13 line breaks – most in NRL), Addo-Carr (seven) and Kalyn Ponga (10) fitting the bill here.

While Tedesco averages the most sprints per game, the most high-speed efforts in one game by any of the 34 Origin players is 55 by Nathan Cleary. Wests Tigers fullback Moses Mbye's season-high of 49 is level with Tedesco's best.

Blues edge forward Angus Crichton is the only other player to have had 40 sprints in one game. With an average of 22 sprints per game, he and Boyd Cordner (21) average easily the most sprints of any forwards involved and interestingly both play for the same club in the Roosters.

Why high speed efforts are so important

Both players tend to hit the defensive line at pace when taking hit-ups as they search for busts and quick play-the-balls.

This is a different approach to Blues debutant and Souths lock Cam Murray (14), who is much further down the list but still makes plenty of breaks.

In part, this is because he doesn't hit top speed before the line but rather steps and/or accelerates as he hits the line trying to force his way between players. 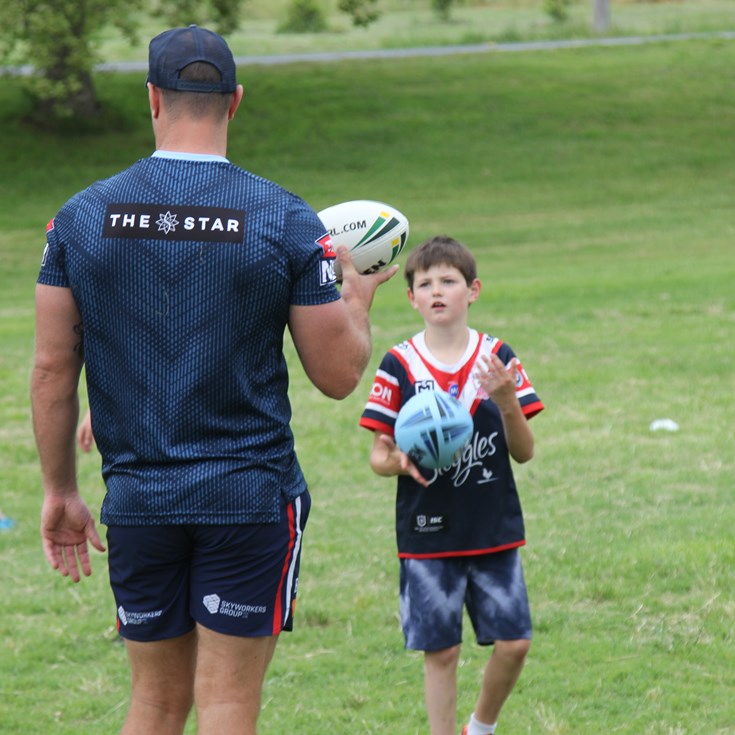