Kirra Dibb was born to be a Rooster but it was her devotion to Brad Fittler that shaped her into the NRLW’s next breakout star.

Dibb was one of eight new faces to spend time embedded on the Gold Coast with the Jillaroos squad last week and, given her performance for New South Wales in the Women’s State of Origin in June, will be an NRLW debutant to watch in 2019.

Travelling overseas last year, Dibb’s return to rugby league has witnessed a rapid rise, picking up the game she’d played once since she was 10 years of age to earn state honours and be on the verge of national selection.

Watch her play and her stature, athleticism and passing game draw comparisons with elite male players because, quite simply, the women’s game has not yet seen someone with her skill set.

When she wrapped around Corban McGregor and fired a left-to-right cut-out pass across three Queensland defenders in heavy traffic to hit an unmarked Jess Sergis on the wing in the 14-4 NSW win at North Sydney Oval, rugby league savant Phil Gould could only describe it as “quite brilliant”.

Dibb floats a pass over to Sergis

She glides across the field in the manner of Laurie Daley but it was the legendary Roosters No.6 who the 22-year-old was obsessed with in her younger years.

"When I was younger Brad Fittler was my favourite,” Dibb tells NRL.com.

“If there was someone I was watching when I was young it was Brad Fittler.

“He was consistent, he was talented, he had incredible leadership on the team. He wasn't demanding or arrogant, he had a good amount of confidence as well as respect for the rest of his team.

“Even though I was really young I could recognise it.

"When I played what I thought was my last game of rugby league when I was 10 my coach put me in the 6 jersey just so that I could end the career in the position that I wanted to be in.

"Fortunately coming back I do get to wear the 6 quite often so it is a cool full circle 12 years later.”

The emergence of Dibb to place pressure on the likes of Ali Brigginshaw, Maddie Studdon and Simone Smith in the Jillaroos halves is a continuing evolution of Australia’s national women’s team.

"She had more kick metres in the State of Origin game than anyone else with less kicks,” explained Jillaroos coach Brad Donald.

“She's got an incredible kick on her and that's probably something that we haven't focused enough on in the women's game.

"She and Maddie Studdon are probably the best kickers in the game and she was the longest kicker we had in camp.

"When I sat down with her last week she spoke about how she likes to program the defence and choose when to run.

“That's something that we talk to players about for three or four years before they actually pick that up.

“For her to come along after 12 months and have those sorts of instincts is incredible.”

With Studdon leaving the Roosters to sign with St George Illawarra for the second season of NRLW, Dibb will likely line up alongside Smith in the Roosters halves.

When she was born Dibb’s father draped a Roosters jersey over her crib in the hospital but Kirra insists family allegiances had no influence on the selection of her NRLW team.

"My family supports the Roosters but when I sat down and had a couple of options I told my parents that it wasn't about the colour of the jersey, it was what was going to work best for my career and the fact that I'm still at uni,” said Dibb, who is studying Exercise Physiology at the University of Sydney.

"I ended up picking the Roosters but not at all because of the support base.

“It is a cool pro but it was something I chose for my career more than anything else.

“The good thing is that Dad won’t have to buy a new jersey when he comes to watch me play.” 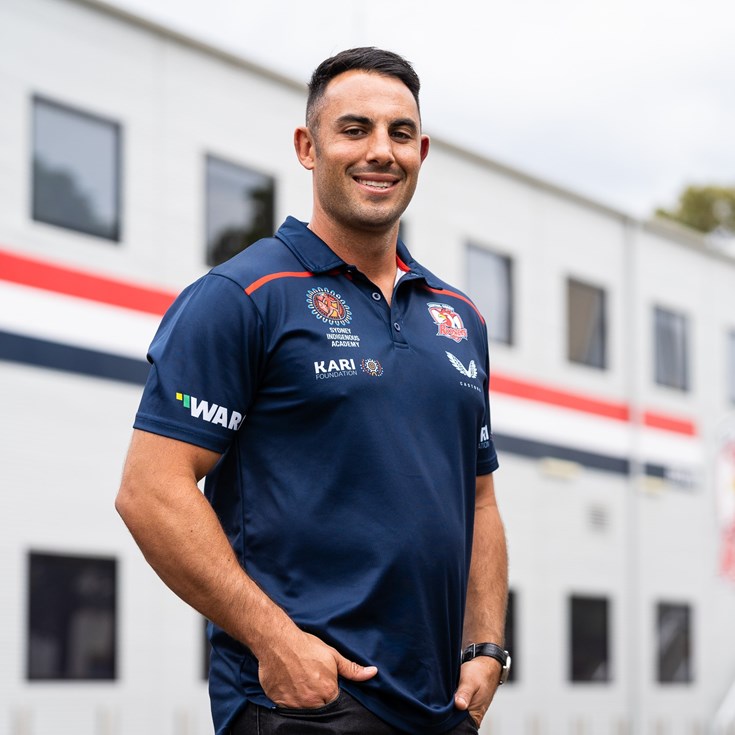 Dibb ready for Nines after green and gold debut