There will be no prouder family than when the Takairangi siblings – Brad and Kiana – play the biggest games of their careers at AAMI Park on Saturday night.

Eels bench utility Brad will notch up his 100th NRL game for the club in the sudden-death showdown against the Storm.

Two hours earlier, Kiana will take to the same turf in a near do-or-die fixture of her own with the Roosters aiming to remain a chance of reaching a second NRLW grand final.

The opportunity to play at the same venue in important clashes were not lost on the pair leading into their respective clashes.

"It was Brad and I who were competitive growing up and I tried to copy him in everything he did in games," Kiana told NRL.com

"We have a funny relationship. I support him a lot, any chance I get I go to his games but overall we don't talk a lot of footy.

"We watch each other's games but we don't give each other feedback or anything like that. I'd still say I'm better than him in a lot of things."

Kiana said Brad encouraged her to join the Roosters after starting out his own NRL career with the Tricolours in 2010.

"He spoke highly of the club when I was making a decision and he was pushing for the Roosters," she said.

"So I think having it all fall in line and make my debut here at the Roosters was really special too. Hopefully, we can both get a good result on Saturday. We've got our family booking flights to watch us both play which is exciting."

When asked about the sibling rivalry, Brad told NRL.com it was the pair's other sister, Maiana, who should be playing rugby league.

"She'd be a prop. I want her to smash Kiana, it would be funny," he laughed.

"Kiana never really played footy until late, we played family touch footy but that was about it. It runs in our family though through my dad so it didn't really surprise me that she started getting into it.

"It's been a cool year to see her progress and she had a big debut playing for the Kiwis. We don't see each other too often as I'm based out here in Parra and she's in Cronulla but she comes to my games with my parents."

Brad, 30, is off-contract at season's end but is hopeful of remaining at the Eels for another season.

The English Super League could also be an option for the utility, who has been relishing his role as a super sub off the bench for Brad Arthur's side.

"It's a little bit different but something I've got used to," he said.

"I'm lucky I can cover a lot of positions and as long as we're winning games I don't mind how I'm being used on the field." 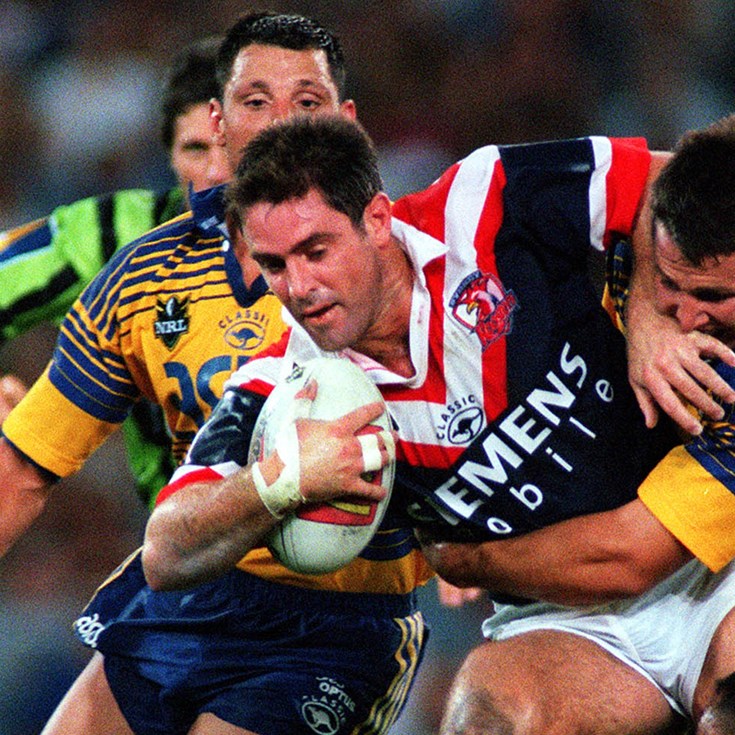