Sydney Roosters NRLW player, Ruan Sims, has today announced she will retire at the end of the 2019 competition.

“This is something I have been thinking about for a while now, and I know it’s the right time,” said Sims.

“The women’s game has come along in strides since I first started playing, and despite having to make some hard choices in my life to get me where I am, I am proud that I was part of that journey.

“Over the years, I have been privileged and blessed to represent not only at club level, but also my State and Country, and I will always be extremely proud to say that I made my debut with the Sydney Roosters in the founding year of the NRLW competition.

“I would like to extend a huge thanks to all my coaches and teammates over the years. Rugby league has given me some of my greatest memories. It’s the ultimate game of mateship and I am grateful for the friendships I have made along the way.

“Thanks also to my employers at Fire & Rescue NSW and Channel Nine, for allowing me the flexibility to combine work with my football commitments.

“Most importantly, I would like to thank my family for always believing in me and encouraging me. I wouldn’t be where I am without your unwavering love and support.

“I love rugby league and feel fortunate to have the opportunity to stay involved in the game. I’m definitely looking forward to this next chapter,” added Sims.

Player number 19, Sims made her NRLW debut with the Roosters in 2018, the inaugural year of the competition, and will retire one of Women’s Rugby League’s most successful players.

Roosters Manager Football Partnerships and Programs, Craig Walker, thanked Sims for her contribution to the Club, and acknowledged her years of service to the game of rugby league.

“Ruan has been a leading figure for the women’s game for a number of years,” said Walker.

“Ruan has captained her country and state. She was the first woman to sign an NRL contract, and I know that it was a proud moment for her when the NRLW competition kicked off in 2018,” said Walker.

“Over the last two seasons, Ruan has been a significant contributor to the Roosters NRLW program both on and off the field, and on behalf of everyone associated with the Roosters, we thank her for her contribution to the Roosters and the game of rugby league, and wish her nothing but the very best for the future,” he added.

In addition to 12 Tests for the Australia Jillaroos, Sims’ impressive career has seen her represent New South Wales, the NRL All Stars and New South Wales Country.

She has also captained the NSW State of Origin side and was captain of the Jillaroos team which won the 2017 Rugby League World Cup. 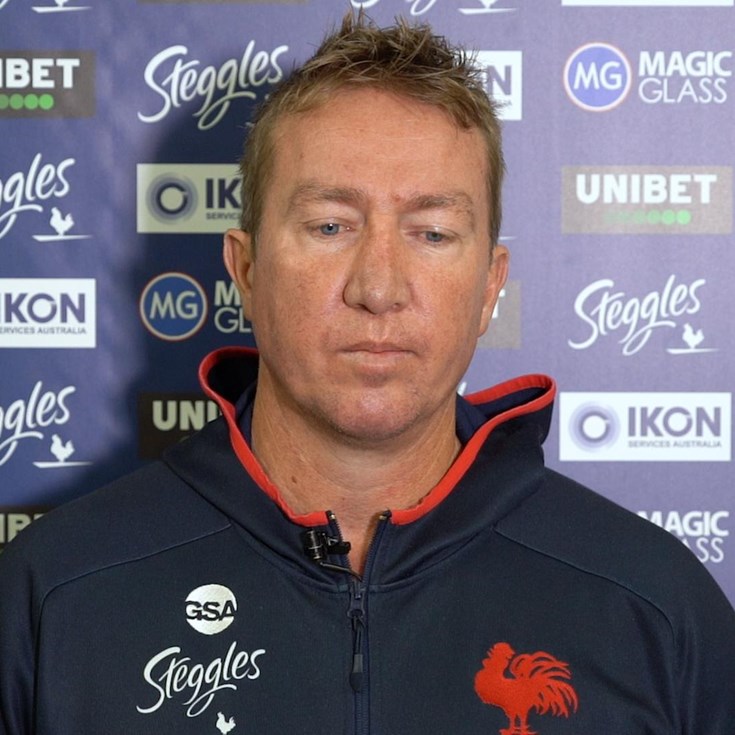 Team Talk with Matt King | Round 10