Mitch Aubusson is determined the torn knee ligaments that denied him finishing the grand final won't rob him of a berth in the 2020 World Club Challenge final.

Aubusson grimaced with pain as his left leg got caught the wrong way while helping to prevent a barging Elliott Whitehead from crossing the try line on October 6 at ANZ Stadium.

He lasted just 13 minutes against the Raiders before he was helped from the field.

"Not at all – we won. Personally it was a bit frustrating to have it happen in a game like that, but that's way things can go can't they?" he told NRL.com.

"I managed to go all season not getting hurt then I go down in a grand final. That's the risk with rugby league that there's always a possibility of injury.

The value of versatility

"I was just happy the guys, for the last 60-odd minutes, got the job done."

Aubusson's left medial ligaments were badly strained, putting initial doubts in his mind of how long recuperation might take.

"It's still ongoing. I was in a brace for about six weeks so it's only been a couple of weeks free of that," the 32-year-old said.

"I'm just getting back into running now. I've got a really good performance staff here helping me out and they're confident I can make a full recovery and so am I.

"I'm going for the World Club Challenge. They tell me I can definitely be ready for that.

"At the moment it's still in the strength phase. I've got plenty of time to keep building with that so I've got a good base for early in the New Year."

The next focus will be the post-Christmas training block as the Roosters head to Totally Wicked Stadium to face St Helens on February 22.

"We've normally performed well in that game so that's where I'm trying to head at the moment," Aubusson said.

And when he returns for NRL season No.14 with the Roosters Aubusson has no regrets that he didn't call it quits with the grand final win. He re-signed a month earlier for one more year.

"For me it was never about whether we won or lost. I've got more in the tank and I'm still hungry," he said.

"We've still a quality side here with some great coaches so I'm excited to keep learning and improving. Maybe some more success before I finish up."

With Cooper Cronk's retirement at age 35, Aubusson is one of the team's few remaining elder statesmen. Aubusson is 14 months younger than 33-year-old Brett Morris.

"I was just talking with Brett about that earlier. He's got me by a little, so that's good," he said. 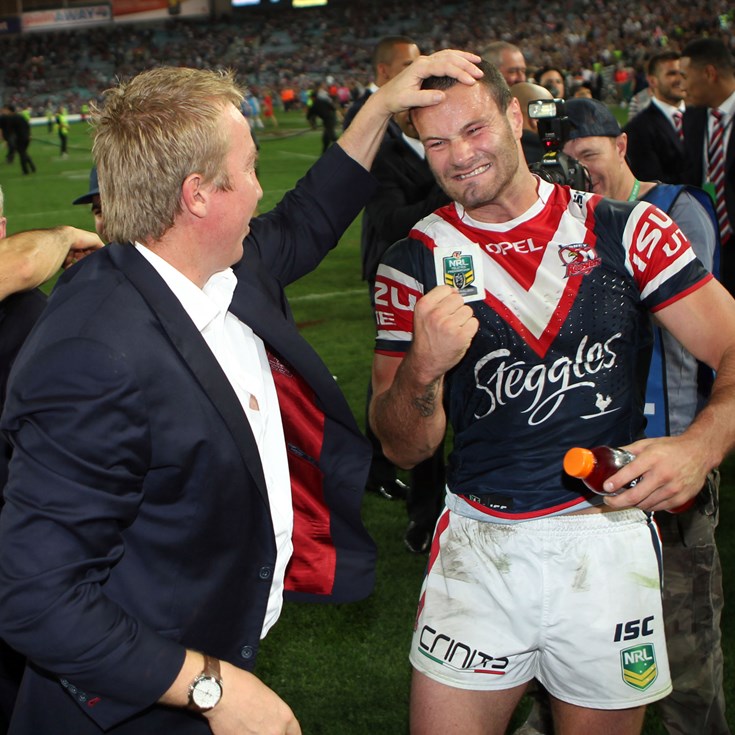