Before the Sydney Roosters took off on their Christmas break, we sat down with new Assistant Coach Nathan Cayless to discuss his first month at the Club.

He discussed his road to the Roosters, his experience with the squad and what he's loved about the Club so far in what was a detailed chat.

Enjoy the full Q&A below.

Five weeks into your time at the Sydney Roosters, how’s it going?

This is a highly professional organisation and one that’s probably the envy of the league.

With the amount of success that the Club’s had over the last eight or nine years, it’s hard not to have a little bit of envy there.

Bit of a change of scenery for yourself?

I received a call from Trent in the off season saying that there’s a role available and I jumped at it.

I was with the Warriors last year working with their full time squad and coaching the Canterbury Cup team as well.

Before that I was at Parramatta, where I had a number of different roles.

After I retired from the game, I worked there for six years in a number of different capacities.

I started in the sales and marketing team, then moved into the player programs, into coaching and it’s all sort of flown from there.

Had your hands in a few different pies then!

Well when I finished coaching I wasn’t really sure what I wanted to do, so I tried a number of different things.

I really found joy with the coaching side of things.

The most important side of it to me is helping boys develop into men, but also to become better men off the field.

For me, I made the decision that if I wanted to take my coaching seriously then I had to move to a new Club.

I gained some great experience with the Warriors last year, and now there’s another opportunity here.

Some hard work has already been done, there’s plenty to go and I’m excited to be a part of it.

How hard was it to shake out of that Parramatta culture, seeming as you’d been there for so long?

It was massive actually.

I had a long chat with my wife about it mid-year.

We sat down and discussed how many times we’d moved over the last 12 months compared to the previous 15 years.

I played my entire career with the Eels and lived in the same area.

Since the move, we’ve moved about six or seven times.

Along with that, I’ve got three young kids who were all changing to different schools.

Was there a family tie for yourself heading back to New Zealand?

Yeah, we’ve got a lot of family that live in New Zealand actually.

I played my rep footy for New Zealand, but I was actually born and raised in Australia.

Now I can say that I actually did live there!

But now it’s great to be back here and at such a great Club.

What’s good for me is that all these guys on the coaching staff, Matt, Fitz, Trent.

They were all around when I was playing so I remember them well from back in those days.

I think I played them pretty hard back then, now I’ve got to prove that I know what I’m doing as a coach.

And you’re feeling comfortable so far, how is it working with these younger guys?

It’s lived up to everything I thought it would be.

These younger guys are super impressive and have an awesome work ethic.

They’re very professional, they know what’s expected of them.

What I like about them is they make the complex things look pretty simple, but there’s a very clear and refined expectation.

Being a young player here, you’ve got a lot of players to look up to who are playing in the NRL and they’d be mad not to pick their brains.

If I was playing here I’d be doing whatever I could, even annoying the older boys to get that experience and how they prepare.

It’s a wonderful opportunity for them, and it’s about them getting out their shell and their comfort zones.

That’s what was so good about the Queenstown camp, cause it was tough mentally and they had to work hard.

Was that good for you too? Considering that it was your first experience with the club.

Yeah I thought it was really good.

In those cases, you get to speak to people at 2 o’clock in the morning and see what they’re really like when they’re fatigued.

It was a wonderful experience, but it was also just a really tough camp.

Personally, it was a great way to start my career at the Roosters cause I had to earn some respect.

It was also a great opportunity to spark a bond with some of the younger players as well.

Being a guy who was renowned for being a tough forward yourself, do you find that players often pick your brain on what it was like playing when you did?

Any sort of knowledge you can pass on to anyone is great.

We’re here to share the knowledge that we were able to gain throughout our careers , but these kids are pretty smart as well.

It’s not about “you should do it this way or that way,” it’s gaining their thoughts on it and see how they see it.

There’s certainly some experienced players here that have been here a long time, and I’m looking forward to learning from them as well.

Whether you’re young or old, you can learn something new every day. 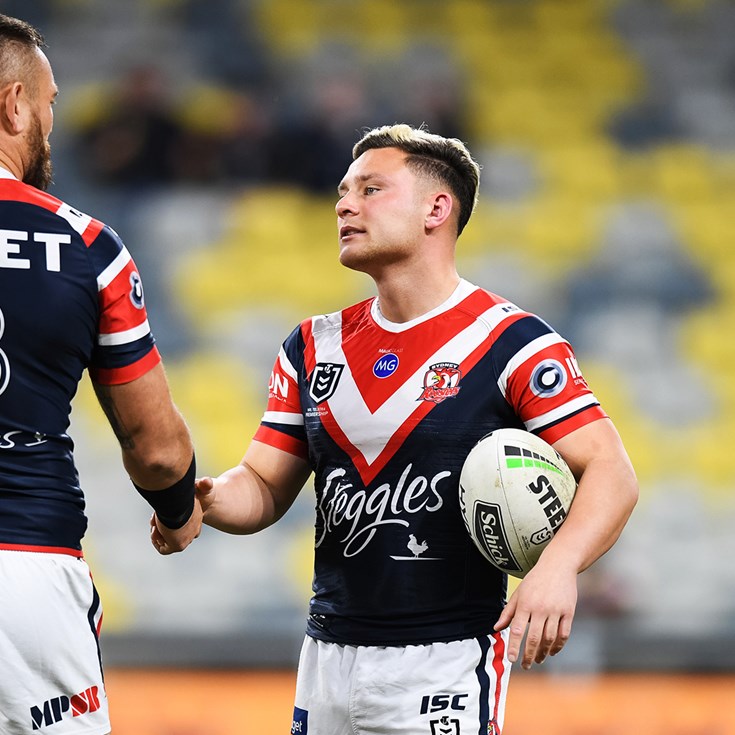 Your Most Anticipated 2021 Club Debutant