As we farewell the decade that was from 2010 to 2019, the Sydney Roosters look back on an extremely memorable ten seasons for the Club.

Despite a number of line-up changes and a change of leadership in 2015, the Roosters mustered up one of their best regular seasons in Club history.

Let's take a stroll down memory lane and remember the SIXTH of our ten celebrated seasons.

With the departures of both Club legend Anthony Minichiello and Sonny Bill Williams, there were a couple of changes to the squad in 2015.

Roger Tuivasa-Sheck made his long awaited switch to fullback, new recruit Blake Ferguson was set to start in the centre position and Shaun Kenny-Dowall made the switch back to the wing for the first time since 2009.

Isaac Liu was promoted to the starting line-up with a vacant spot in the second row, while new recruit Siosiua Taukeiaho was set to lock up a spot on the interchange bench.

Mitchell Pearce and Jake Friend were named as the replacement captains and we were all set for a new chapter in 2015.

If there were any concerns heading into the new year, they were quickly put to rest after the Roosters put the Cowboys to the sword in Round 1 on enemy ground.

The Roosters were a little slow to kick off 2015, but when Tuivasa-Sheck became comfortable filling the big shoes at fullback and the Roosters found their groove, the back end of the regular season was nothing short of impressive.

After a tough loss against the Cronulla Sharks in Round 13, the Tricolours did not lose a game for the remainder of the regular season.

There were a number of injuries to key personnel late in the year, which saw opportunities gifted to the likes of Jackson Hastings and Brendan Elliott who performed well.

ROUND 14: Warriors TKO'd in stunning contest

With State Of Origin representatives out of action and a tough road trip to New Zealand, the Roosters shuffled Siosiua Taukeiaho to the starting line-up for the first time in his career and Blake Ferguson made his return from injury.

While one was damaging in 80 minutes of action, the other put the stamp on what was contender for game of the year in 2015.

In Round 15 against the St George Illawarra Dragons, Shaun Kenny-Dowall bagged a double to become second on the Sydney Roosters all time try scorers list.

He remains in that position on that ladder to date.

ROUND 21: Pearce shines in milestone win

It was a milestone triple-threat in Round 21, with Mitchell Pearce (200), James Maloney (150) and Dylan Napa (50) all celebrating NRL milestones against the Bulldogs.

Pearce was outstanding on the night, and even came up with the winning play when he kicked a perfectly weighted grubber to Michael Jennings.

STEGGLES TRY OF THE YEAR

Just days after the birth of his daughter, Jared Waerea-Hargreaves had the performance of his career against the Parramatta Eels in Round 23 and came up with this BEAUTY to help the Tricolours win the game.

2016 was a tough year for the Sydney Roosters, but a necessary one in setting up three years of success. Stay tuned! 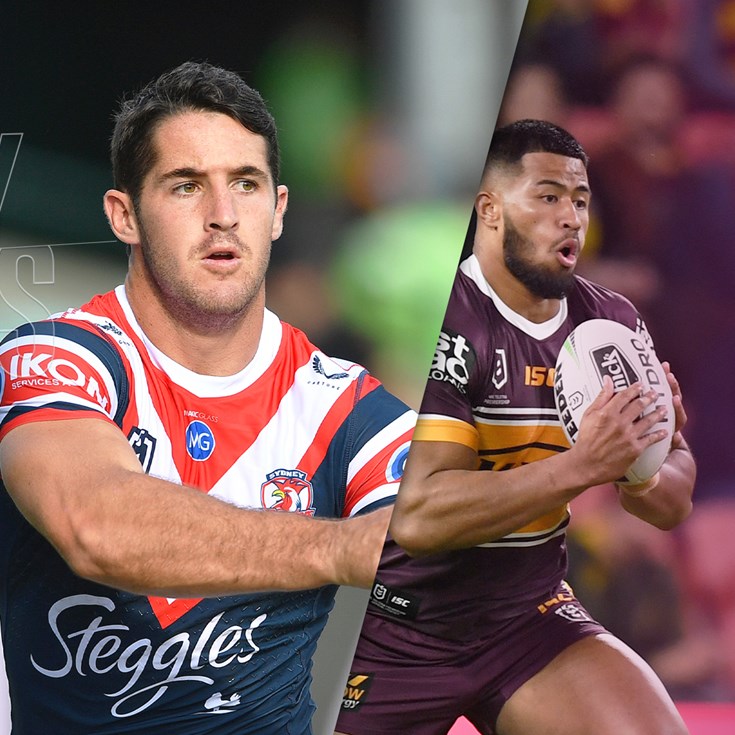