Bulldogs forward Aiden Tolman has been cleared of COVID-19 but won't play against the Roosters on Monday as he begins a quarantine period that could last up to 14 days.

In a further boost for Canterbury, the team announced on Monday that its entire 50-person group of players and staff with the club's bubble had been cleared after also undergoing tests on Sunday.

Tolman and his family were also cleared after they also had tests.

The NRL postponed the match from Sunday afternoon to Monday night after learning that one of Tolman's children attends a school in the Sutherland Shire where a staff member has tested positive for COVID-19.

Despite being cleared of the virus, the Bulldogs on Sunday night said Tolman would "undergo a period of quarantine of up to 14 days and therefore will not train with the team or be available for selection during that period".

The primary school has closed until June 25 and students have been told to self-isolate.

Sunday's later game between St George Illawarra and Cronulla at Campbelltown Stadium - originally scheduled for 6.30pm - was brought forward to the 4.05pm timeslot.

The Bulldogs-Roosters game will now be played at 7pm on Monday at Bankwest Stadium.

Canterbury on Sunday issued a statement to say Tolman has been cleared. The club had earlier announced the Tolman family had been informed of this situation on Saturday and NSW Health had advised all families from the school to undertake self isolation.

Bulldogs CEO Andrew Hill said the decision to postpone the game was the right one.

"Once we found out about Aiden’s situation we immediately informed the NRL and have been working with them overnight which ultimately led to the decision to postpone the game until tomorrow," he said.

"This is an unprecedented situation, but we will make sure that we take all the necessary precautions required and get everyone within our bubble tested and cleared over the next 24 hours."

On Sunday morning, Australian Rugby League chairman Peter V’landys said the Commission approved changes to the schedule to ensure the health and safety of the players and the community.

The NRL consulted its biosecurity expert who said the chance of the player being infected and passing it onto his teammates was highly unlikely.

V’landys said while the risk the virus had spread to the Bulldogs playing group was remote the Commission wanted absolute certainty before allowing the team to play.

"There’s a very remote risk of infection within the Bulldogs squad. To ensure there is no risk at all, the player will be tested today and the game delayed until tomorrow to ensure the test results have returned," he said.

"I want to congratulate the Bulldogs for swiftly informing the NRL.

"I want to thank our broadcast partners for their assistance, at very short notice, in changing the schedule. The changes will ensure our fans will still be able to watch a game on free to air television this afternoon."

NRL officials have been thrilled with the co-operation of the broadcasters and the four clubs involved in helping facilitate the late change to the schedule.

The Roosters now have a tight turnaround with their round-six clash on Saturday night against first-placed Parramatta at Bankwest Stadium. Canterbury play at the same venue on Sunday night in round six, against Cronulla.

"The NRL and everyone involved acted swiftly and have taken the necessary precautions to adhere to the high standards we have established," Newton said.

"We commend these actions and it demonstrates the level of care not only for our members and club staff, but the wider community.

"We will offer our support to both clubs as this process is worked through." 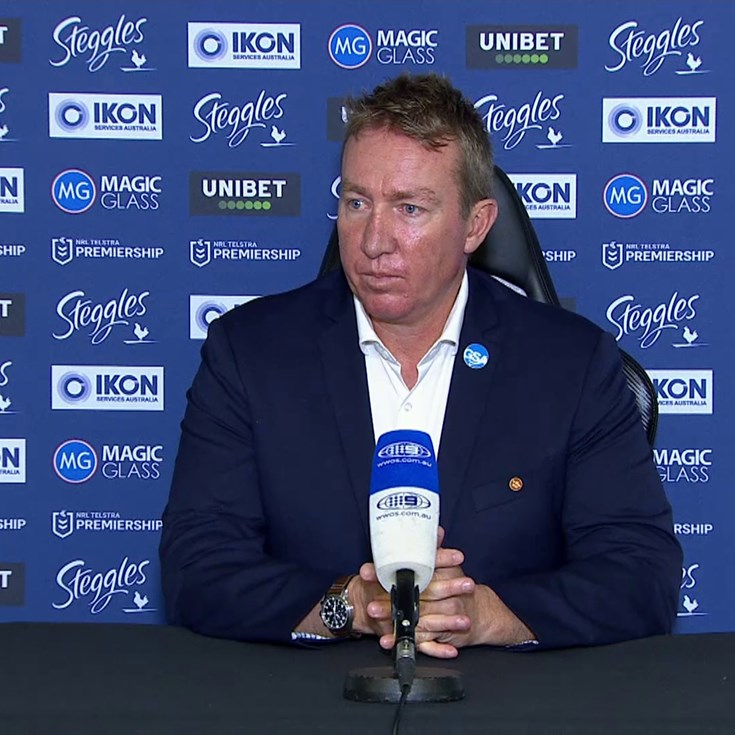 Raiders Stun Roosters in Round 10