The venues for the 2020 men's State of Origin series have been confirmed with the series to kick off in Adelaide for the first time.

The series will then head to Sydney and Brisbane. The women's Origin match will be held on Queensland's Sunshine Coast.

The Adelaide game on November 4 is just 10 days after the NRL grand final, with Sydney to host Game II one week later on November 11 and the final match at Suncorp Stadium on November 18.

The Harvey Norman Women's State of Origin will be held on November 13 at Sunshine Coast Stadium.

The NRL, ARL Commission and various state governments had put in a lot of work to ensure the series could go ahead in three different states, NRL CEO Andrew Abdo said.

"State of Origin is the greatest rivalry in Australian sport and Australia's most watched television event," Abdo said.

"It transcends the two states and captivates the interests of the entire nation. We are excited to play this historic game in South Australia for the very first time.

"In recent years Origin has captivated Melbourne and Perth and we cannot wait to see how the people of Adelaide respond. The interest from states, outside NSW and Queensland, to host our showpiece event is extraordinary."

Provisions have been made for those who previously purchased tickets and can no longer attend.

Anyone who had previously purchased general tickets, NRL Hospitality or NRL Travel packages will be contacted by either the NRL, Ticketek or NRL Official Agents regarding their purchase and options available to them.

A two-week refund window has been created for fans who have purchased tickets but will not be able to attend the games. To submit a refund request, please click here.

"I’m really looking forward to play in Adelaide for Game One as it’s such a historic venue and then we get the opportunity to play in front of our home fans in Sydney which is something that our players love to do," he said.

Abdo said the ARLC had made it a priority to ensure all elite women's domestic matches proceeded as planned.

"To be able to play our third ever women's Origin match on the Sunshine Coast as originally hoped is incredibly important to us," he said.

"The women's game is such an important part of our game and despite the pandemic we will play both NRLW and Women's Origin this season. In a year full of challenges, we will make history again with the first women's Origin match in Queensland."

Abdo said crowd capacities at each venue would be determined before the end of the month. The NRL will work closely with each venue to implement their COVID Safe Plans to ensure a safe environment for all crowds.

The re-scheduled State of Origin matches are as follows: 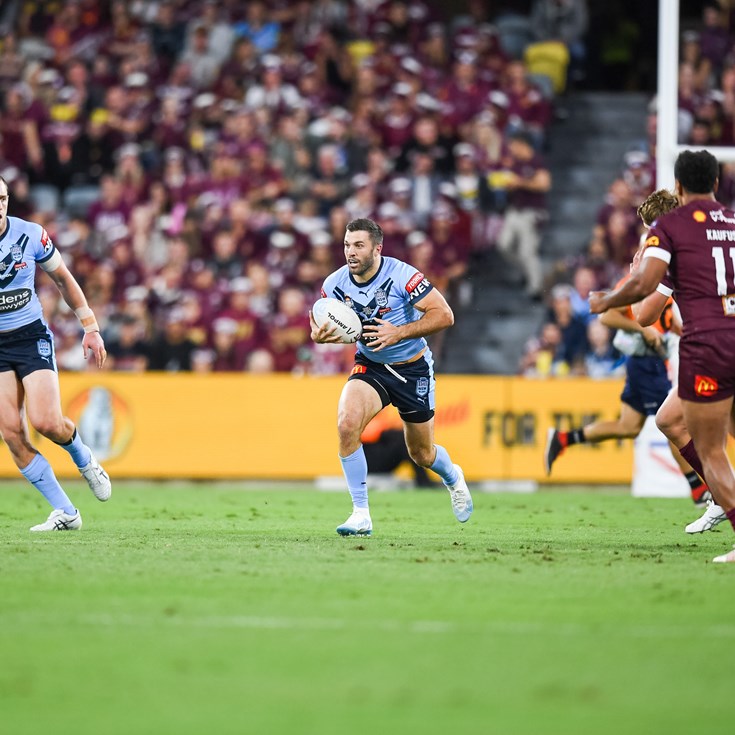 Tedesco to Lead NSW in 2021 State of Origin Series