The Roosters will be keen to break their head-to-head duck when they meet two-time defending premiers Brisbane in a grand final preview at ANZ Stadium on Saturday.

The Lady Tricolours have had their most successful NRLW season this year but one very large mountain looms - their 0-3 record against the competition heavyweights, including a crushing loss in the inaugural grand final in 2018.

Brisbane triumphed 14-4 in their first-ever clash, 34-12 in the 2018 decider and 20-0 when the Roosters went winless last season and finished at the bottom of the table.

The Broncos have lost just once since the NRLW debuted, to the Warriors in the final round of the 2019 regular season, and are well on course for a three-peat after 14-point victories over the Warriors and Dragons this season.

Roosters: Zehara Tamara will start at fullback after Charlotte Caslick was ruled out for the rest of the season due to a back injury. With a grand final spot locked up, coach Jamie Feeney is resting several stars and experimenting with positions. Melanie Howard has been given a chance in the halves and Amelia Mafi has come in at prop.

Yasmin Meakes is in the centres, Grace Hamilton and Vanessa Foliaki move into the starting pack and Amelia Mafi shifts to the bench. Simaima Taufa and Grace Hamilton dropped off the extended bench on game day after Caslick and Hannah Southwell were omitted 24 hours before kick-off.

Brydie Parker has gone from wing to centre and Taleena Simon has come in on the wing. Kennedy Cherrington will start at lock and Kaitlyn Phillips has joined the interchange.

Broncos: Tyer Birch replaces Jayme Fressard at centre, Shannon Mato starts at prop and Chelsea Lenarduzzi shifts to the bench. Ali Brigginshaw will play lock once more in the No.7 jersey. Zara Canfield and Fressard were omitted from the squad an hour before kick-off after Nakita Sao dropped off the bench on Friday.

Shenae Ciesiolka has moved into the starting side on the wing with Lauren Brown shifting to hooker for the injured Lavinia Gould. Jessica Elliston is set to start in the back row with Amber Hall suspended for her dangerous tackle on Isabelle Kelly last week. Chante Temara and Romy Teitzel are the new faces on the bench.

Zahara Temara v Ali Brigginshaw: The Roosters half, the competition's top scorer through two rounds (16 points), tallied a try and three goals against the Warriors last time out. She also impressed with her playmaking. Her Broncos rival may be yet to win the women's Dally M but Jillaroos captain Brigginshaw is one of the most influential players  in the competition. 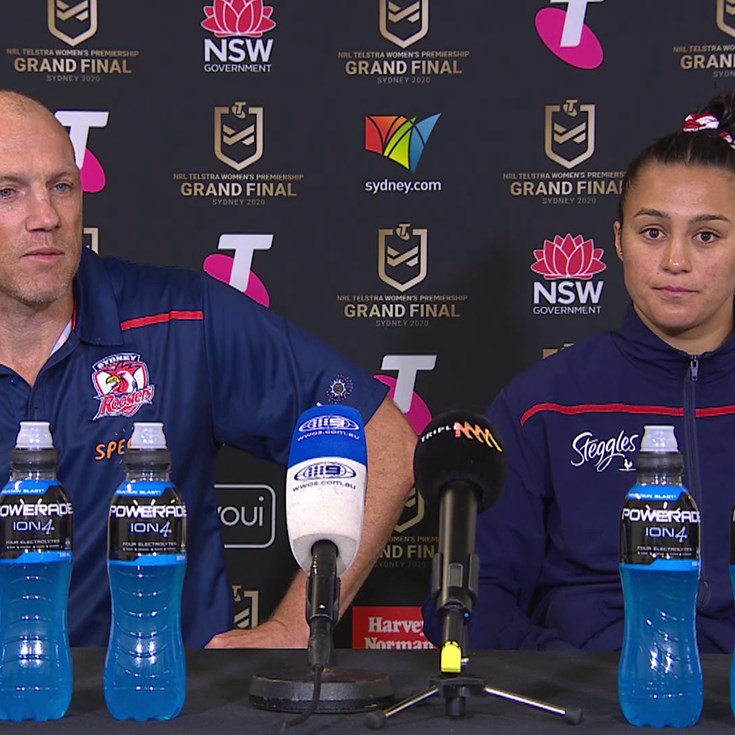