Lindsay Collins admits there are times where he has "questioned everything" but when he needs answers his legendary grandfather provides them.

The 24-year-old Roosters prop is on track to make his Maroons debut in the opening match of the Ampol State of Origin series next week, likely off the bench.

There he will follow in the footsteps of his grandfather Lionel Williamson who represented Queensland and Australia on the wing.

Collins played 19 games for the Roosters this year in a breakout season where he became a must-pick for coach Trent Robinson after being in and out of the side during the previous three years.

"It has been a good year, but it is just the start. There has been a lot of work over the last four years – in and out of grade and playing [NSW] Cup – and there are a lot of times where you question everything," he said.

"There is nothing really much that I would change. If anything I have probably just matured over the last couple of years and become more professional.

"There is a saying that has stuck with me that 'be a better man and you become a better athlete' so everything I do on and off the field has been about being a good man.

"I am here for a reason so if I do get the opportunity to represent Queensland I will do what I have been doing all year. I think everyone knows what I bring to the table and I am ready and keen to go if the opportunity comes."

One of the first people he called when he was selected in the 27-man Queensland squad was his grandfather Lionel.

Williamson also represented NSW when he played with Newtown due to the residency rules for state representation at the time, but he is a Queenslander through and through.

"I rang him and my nanna and it doesn’t take much for my nanna to cry. She was very, very happy and so was he," Collins said.

"He doesn’t get elated too much but you can tell he is proud. He is always thinking 'next job' and has been calling me a lot this year after games. He is a good person to bounce things off because he has been there and done that."

Collins recalled being absorbed in rugby league as a youth and in his holidays would visit his grandfather who was coaching St Augustine's College in Cairns in Confraternity Carnivals.

"We would go to the Confraternity every school holidays and sleep in the dorms and be in the sheds," Collins recalled.

"He used to work at the school as a door master and live on campus.

"We’d go up there in the school holidays and all the boarders would be gone so we would have the whole dormitory to ourselves. We’d use the pool, the basketball court and the footy field.

Collins has picked up his pace this year and it was noted in the Roosters 59-0 win over the Broncos where he tore through the middle of the park to score.

Williamson, who had speed to burn, has had his influence in that area too.

"He is always giving me tips about my running and having shorter strides. He has been ringing me up a fair bit this year," Collins said.

"He is a sprint trainer up in Cairns so even when we were kids on holidays he’d tell me and my brother to bring our joggers and he’d take us out on the track and run us through drills.

"It is good to still have a chat to him and sometimes it is not about footy, it is about life in general.

"Hopefully the borders open and I can stay up here after the time in camp. Me and my mum plan on heading up there [to Cairns] and seeing them all."

First up though he has a job to do for Wayne Bennett.

"To be here is a pinch yourself moment but you have to realise that a lot of hard work has gone into it so I am here to soak it all up, really enjoy the experience and if I get the opportunity to play I will take it with both hands,” Collins said. 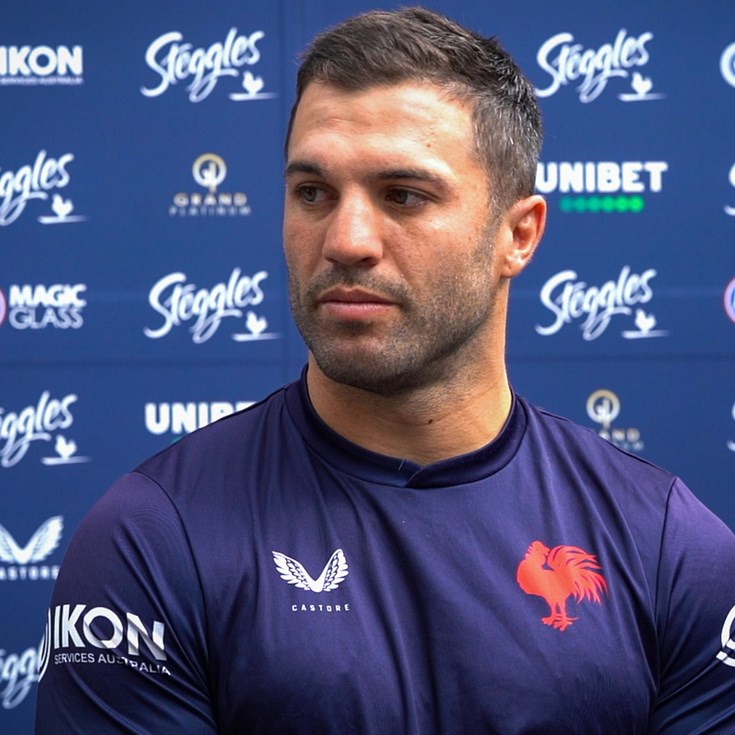 Collins Raring to go after Quality Time in Queensland