Angus Crichton says he is a more complete player now than when he started his Origin career as he prepares to warm the seat for injured Blues skipper Boyd Cordner.

The Roosters forward doesn't expect Cordner - "one of the toughest players in our game" - to be missing from the Origin arena for too long and is confident he would bounce back from his latest spell on the sidelines.

Crichton on Wednesday will be making his first run-on appearance side after five off the bench, which included being dropped after game one last year.

He was recalled for game one this year and has been elevated to the starting side following Cordner's decision to rule himself out for the rest of the Ampol State of Origin series due to a head knock in last week's loss in Adelaide.

The past two years have featured plenty of games off the bench for Crichton as club coach Trent Robinson asked him to add some more strings to his bow, including developing his game as a middle forward rather than relying on being an edge specialist.

"I think Roosters put me in good stead for big games and in the NRL you have to prepare for your best every week so I'll do my normal preparation," Crichton said.

"It's a really clear role for me this week and I'm very excited to go after it.

Crichton took a pragmatic approach around his own demotion last year.

"It was tough but at the same time I knew I wasn't playing my best footy so you just have to be honest with yourself," he said.

"Coming back from a shoulder reco, I wasn't physically where I am right now so a lot of work's been done between then and now.

"I'm really excited to be back in this arena and plying my trade."

The 24-year-old won't be worrying about trying to replace Cordner when he runs out on Wednesday night.

"I build my game around strong defence and strong attack. Being tough to tackle and making tough tackles on them, that's the long and the short of it," he said.

"My focus is very clear, I've got all the details into it by now, captain's run tomorrow, let go of all the details, all the work's done, let instinct take over and then just play the game.

"I'm my own player. It's obviously unfortunate circumstances for Boydo who's a good mate of mine as well, my thoughts are with him and what he's going through at the minute.

"He's made the right call for himself and I'm sure he's done the right thing.

"I spoke to him before he took off, said goodbye and had a bit of a chat then sent him a couple of texts here and there. He's doing really well. He's back home with his partner.

"He'll lay low in Sydney for a bit, get away from footy. It's been an intense year for all of us I think with the bubble and what not, we haven't been able to escape it all year.

"It might be a bit of a relief for him to get out of footy for a bit … you're always thinking, always wanting to get better [so he can] put that to the side for a week or a couple of days and just refresh."

Crichton had no doubt Cordner would bounce back, regardless of how long he needed to rest.

"I've got no doubt that Boyd can bounce back from this. He's a resilient player, he's a smart player," Crichton said.

"He's got a really good head on his shoulders and he's a smart guy so he'll make the right decision for himself. I'll back him to come back from it soon.

"He's one of the toughest players in our game without a doubt." 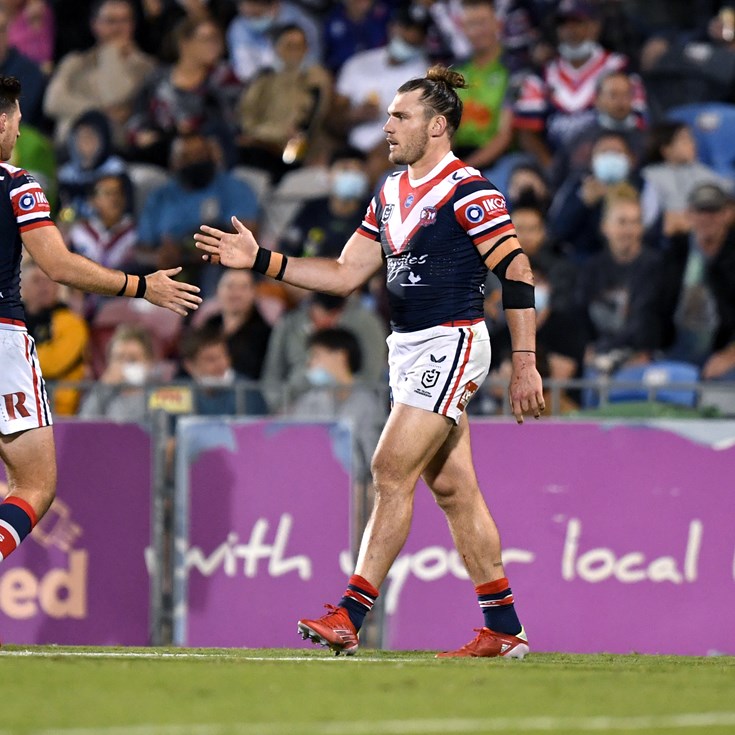 Crichton making the most out of lessons learned