The Sydney Roosters are pleased to announce that Craig Fitzgibbon, player 989, has been awarded Life Membership of the Club.

Fitzgibbon, who is currently an assistant coach to Trent Robinson, was bestowed with Life Membership by Roosters Chairman Nick Politis AM during the 2021 Annual General Meeting in the Arthur Morris Room at the Sydney Cricket Ground on Thursday night.

With numerous contributions in the Red, White and Blue both on and off the field, Fitzgibbon is a highly regarded member of the Club both as a player (2000-2009) and coach (2012-present).

Arriving at the Club in the 2000 season, Fitzgibbon's impact on the side was immediately felt, with his contributions in both attack and defence helping the Club reach the Grand Final for the first time in two decades.

A highly-regarded backrower, Fitzgibbon - one of thirty active Life Members - represented both NSW Country (6 games), NSW Origin (11 games) and Australia (18 games) during his ten-year career at the Roosters.

Personal accolades would also feature heavily in Fitzgibbon's career, as the recipient of the Clive Churchill Medal in the 2002 Grand Final, picking up the Dally M Representative Player of the Year and Wally Lewis Medal (both 2004), as well as the Jack Gibson Player of the Year Medal (2001, 2002, 2006, 2009) and James Mathews Clubman of the Year (2007, 2009).

A natural leader on the field, Fitzgibbon was anointed as captain of the Roosters in 2006, skippering the side until his final match with the Club in 2009, and is entrenched in the top 10 most capped Roosters of all time with 228 matches played.

There's no one who's been more important to the Club over the last twenty years than Craig Fitzgibbon.

A proud Fitzgibbon reminisced on his arrival at the Club as the turning point for his career.

"I felt out of place at first, but I knew in no uncertain terms if I didn't perform to the expectation that the Club set, I wouldn't make it too far.

"It's an honour and a privilege that I will never forget."

Having played alongside Fitzgibbon for a majority of his career, Club legend and Roosters board member Luke Ricketson was full of praise for his former teammate.

"There's no one who's been more important to the Club over the last twenty years than Craig Fitzgibbon," Ricketson said.

"I knew straight away he brought a different attitude. We were a Club that was happy to make finals, and Fitzy changed that for us.

"He turned us into a determined team especially at training. The bigger the occasion and the bigger the game, the better he played."

Fellow Life Members Brad Fittler, Cooper Cronk and Trent Robinson were in attendance, with Cronk elaborating on his experience both playing against and being mentored by Fitzgibbon.

"He was physical, tough and uncompromising. He just never gave up. That's the spirit of a warrior," he said.

"Now as a coach that's probably his biggest strength, he's passed on some real resilience and mental and physical strength.

The Sydney Roosters would like to congratulate Mr. Fitzgibbon on his achievement. 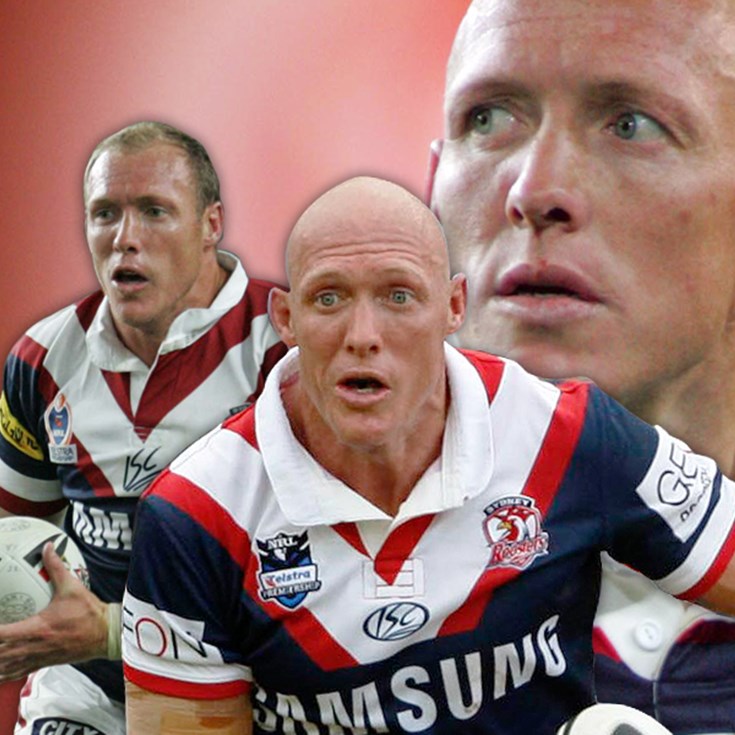