Even though Lachlan Lam was out of sight, out of mind for most footy fans in 2020, he spent that time working hard to ensure he won't waste the priceless opportunity now in front of him.

The son of club legend Adrian Lam, Lachlan turns 23 this month and has just three starts in the halves at NRL level.

It would have been a lot more had injury not hit straight after he was elevated to halfback for a demoted Kyle Flanagan last year.

"I was unfortunate to get injured at the time I did but everything happens for a reason," Lam told NRL.com.

"I came out with a positive attitude then worked really hard this pre-season to be where I am now and I'm proud of the work I've done and excited to focus on footy.

"I worked very hard last year and there were probably a lot of things behind the scenes that a lot of people didn't see, and now I've got another opportunity."

Lam was impressive in his first NRL game at halfback as he helped the side to a win over the Dragons in round 13 last year, taking the bulk of the long kicks, tackling well and setting up a try.

But he picked up a nasty syndesmosis injury that required surgery less than half an hour into his second game as a halfback that effectively ended his year.

"I just had good people around me and I was enjoying my footy," he added.

"It would have been different if I was hating footy then I got injured but I had a lot of good people around me from my parents to my brother and my girlfriend to the boys here at training.

"I've got a good bond with some of those boys and they really got around me. My time went quick on the sidelines actually and I was back playing before I knew it and it made me really enjoy my footy the whole year."

Lam now has a chance to start the season at five-eighth alongside good mate Luke Keary, who will don the No.7 jersey.

Lam didn't expect his role to be much different in the No.6 compared to the No.7 and said Keary would help take pressure off him either way.

"We've got a good connection there too, we're good friends off the field," he said.

"It all starts with that. All the flow-on comes on the field. He's the best of the best in this game so it's going to be awesome to play with him.

"Everything I've done from a young kid to now is not going to change in these next couple of weeks to the whole year, I'm just going to play the way I do anyway.

"It does help having Kez there because he's experienced and he's going to take pressure off me in some way but it's all the same really."

How good is Magic Round

A few other mates in the shape of Drew Hutchison, Adam Keighran and Sam Walker will ensure Lam doesn't get too comfortable though.

"I think (the competition) is healthy," he said.

"It keeps me training hard, keeps me switched on all the time. I love all those boys, it doesn't feel like competition that way, it feels healthy. We're all feeding off this energy at the moment."

NRL Magic Round Brisbane 1-Day Passes are now on sale with eight massive games across round 10 at Suncorp Stadium this May. With the league's best players all heading to Brisbane, you'd hate to miss it! Tickets at NRL.com/Tickets. 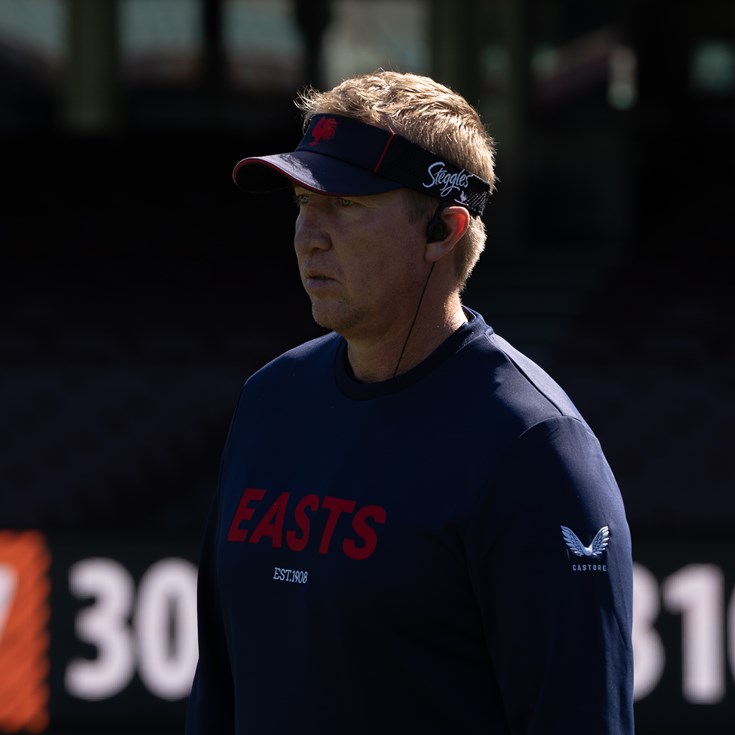 Robinson Welcomes Back Verrills and Traditions on Anzac Day