Round 12 saw all three Pathways sides come home with the two competition points as the Central Coast Roosters and Sydney Roosters Jersey Flegg claimed tense wins against the Cronulla-Sutherland Sharks, while the North Sydney Bears had a big win against the Canberra Raiders on Sunday afternoon.

A double to backrower Roxette Murdoch helped the Central Coast Roosters claim a close victory against the Cronulla-Sutherland Sharks in what was a top-four battle at Central Coast Stadium.

An error at the back saw the Sharks strike first after five minutes, taking an early 6-nil lead before the Roosters looked for a reply, falling short two times before an unfortunate put down was dropped over the line. From there Cronulla struck again taking a 10-nil lead.

A crunching hit opened up an opportunity for the Tricolours, and a tearaway Roxette Murdoch barged over to put the side on the board. After 20 minutes, the deficit closed 6-10.

A number of opportunities to score went begging for the Red, White and Blue, as the scores remained heading into half-time.

The Roosters started the second half strongly with a break from Yasmin Meakes taking them downfield before a penalty gave them a prime opportunity to strike first, and it would be Simone Simone who put them in front with a powerful run to touch down.

Defence was at the forefront as an error invited the Sharks back in the red zone, but the tenacity of the Bondi Wall held the opposition out and Roxette Murdoch was at it once again, punching through the line before brushing away the fullback to score a memorably four-pointer. Hannah Southwell's conversion gave the side an eight-point lead with 20 minutes left.

As the clock wound down tensions began to rise between the two sides, but the Roosters would have the last laugh as Isabelle Kelly crashed over with two minutes left, as the Roosters took away a 24-10 win.

The Central Coast Roosters will travel to Aubrey Keech Reserve to take on Mounties in a top-of-the-table clash on Saturday afternoon at 1pm.

A hat-trick to winger Tom Carr has propelled the North Sydney Bears into the top four of the Knock On Effect NSW Cup after a convincing 34-12 win against the Canberra Raiders.

Back on home turf at North Sydney Oval, the Bears struck the first blow through Carr after a scoreless first quarter of the match. Five minutes later fullback Brad Abbey gathered his own kick to touch down, and although the Raiders responded soon after, the red and black took a strong 18-6 lead going into half-time.

Carr added to his tally ten minutes after the resumption, and the Bears continued to gain the ascendency as Sione Hopoate and Kobe Rugless scored to seal the result. Despite a consolation try to Canberra, it would be a 22-point win for the mighty Bears.

Round 13 will see the Bears host Blacktown Workers Sea Eagles at North Sydney Oval on Sunday at 1:30pm.

A late try from the Tricolours has held off a fightback from the Cronulla-Sutherland Sharks in the Jersey Flegg match on Sunday afternoon as the Roosters claimed a 26-24 victory at Waverley Oval.

It was a strong start for the home side as a first-half hat-trick to Vuate Karawalevu and a try to Hugo Patterson put the Roosters up 22-6 at the break.

But a fightback from the Sharks which included a try in the 62nd minute saw them take a shock 24-22 lead with just minutes remaining. However, the Roosters claimed an emphatic win thanks to winger Lani Graham-Taufa with just three minutes remaining at their spiritual home.

The Roosters Jersey Flegg side will host the Manly Warringah Sea Eagles on Sunday afternoon at 2:45pm at Waverley Oval. 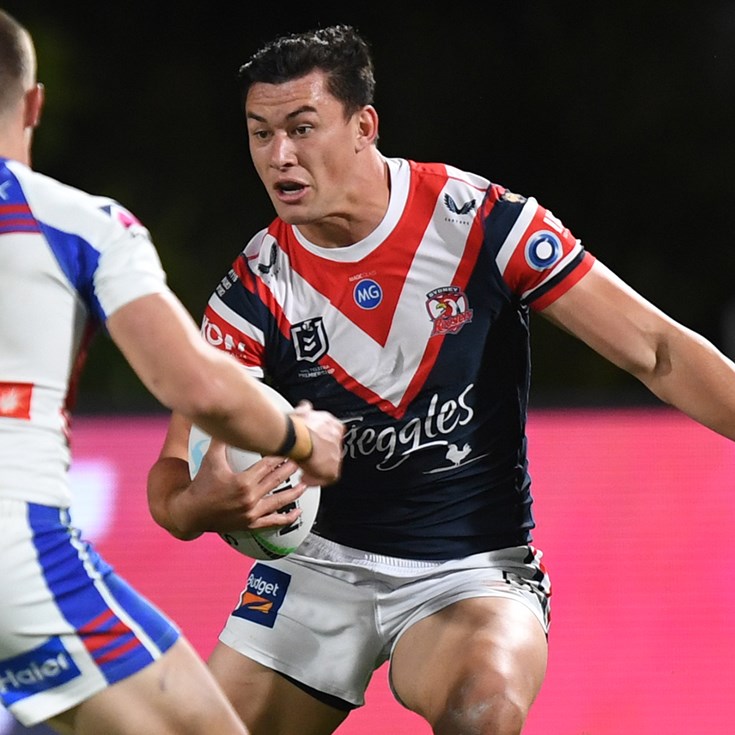