He might have spent his entire life out west, but Daniel Tupou has etched himself into Eastern Suburbs folklore, recently re-signing to keep himself a One-Club player - and he wouldn't have it any other way.

The 30-year-old, three-time Premiership winner signed a two-year extension on Tuesday which will allow him to extend his career in Red, White and Blue to twelve seasons - a feat few in the Club's esteemed 113-year history can claim.

But despite being an integral part of the Roosters' side over the last decade, the fan favourite believes he still has plenty to offer and plenty yet to learn in his career, citing the development and emergence of young talent as an exciting aspect of the Club's future.

“It’s home for me and I’m grateful to be here for another two years. It’s great news and I’m really happy.

“It makes me feel old a bit but it’s good to see the young boys come through – the next generation – I’m excited to be a part of it and to see them grow.

“Players past I was fortunate to play alongside them, and I’m still improving myself as a player. I’m still learning a lot and I’ve still got a lot to give and I’m just happy to be here.

“It’s where I started and where it all began for me. All that the Club has done for me since the beginning, I’m still looking to give back and still learning."

The match against the Bulldogs this weekend will be somewhat of an oddity for the towering winger, who spent his youth in the Canterbury juniors system, with his mother still a Bulldogs tragic despite his now ten-year career at the Roosters.

“She’s still a diehard,” he laughed.

“We all grew up as Bulldogs supporters but she’s still pretty solid and it’s the only team she’ll go for at the moment. Every other weekend she supporters them, but if they’re not playing then it’s me.

“I’m still out there. Travel doesn’t bother me at all and I’m still loving the drive. It’s home, it’s where I was born and my parents love it. They don’t want to move out to the east, so Auburn is home for them.

“I was a Bulldogs junior but obviously it didn’t go that way and coming over here has changed my whole perspective."

With teammate Lindsay Collins also re-committing to the Club on a long-term deal as well as the likely return of hitman Victor Radley to the side, Tupou is confident that the Tricolours are on the rise, particularly after a mid-season training camp helped to rejuvenate and revitalise the side as they head into the final rounds of the competition.

“The camp last week, we trained really well,” he said.

“The result didn’t go our way and we’ve still got a lot to improve, but the boys are confident and I’m confident in them.

It’s where I started and where it all began for me. All that the Club has done for me since the beginning, I’m still looking to give back and still learning.

Daniel Tupou After re-signing until the end of 2023

“We’ve come in today ready to train so we still have a lot to prove and definitely have a lot of confidence in training and playing this weekend.

“The energy, the toughness and the strength he (Radley) brings – the boys will be stoked to have him back this week. We can’t wait to go out there and play on the weekend.

“It’s a massive signing. He’s (Collins) an awesome bloke and an awesome teammate. I’m really happy for him and he’s done so well for us, and he’s got a lot more to give to the team.

Humble as ever and currently sitting in third on the Club's all-time try-scorers list with 110 tries in 189 appearances, the longest-serving member of the Roosters' backline denies that he has his eyes on claiming top spot, despite having a prime opportunity to break Anthony Minichiello's record of 139 four-pointers.

“If it does happen, I’ll be happy to add that to the list of accomplishments but I’m just happy to be playing football here at home."

Your Game Plan Round 17

Daniel Tupou and Lindsay Collins Extend with the Roosters 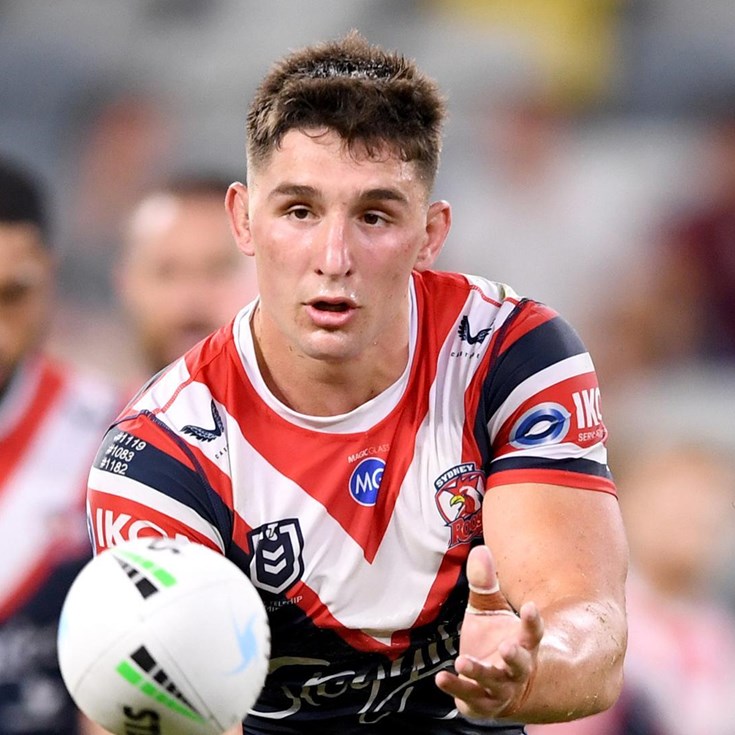 The Roosters Crow: Finals Kick-Off in the Tropics