The trio have been acknowledged not only for their genuine and long-term commitment to their studies but have also proactively supported other athletes within the Club to engage in career planning and educational pursuits.

Front rower Lindsay Collins is in the midst of completing a Bachelor of Business majoring in Property Economics as well as having completed a  Certificate III in Carpentry.

Currently rehabilitating from an ACL injury, the 25-year-old is looking to not only inspire the younger members of the playing squad and the pathways system at the Roosters, but also used the last few months on the sidelines to advance his studies.

“It’s nice to be recognised in that sense and set an example for kids, fans and the players who are coming through the ranks and inspiring other players,” he said.

“I did carpentry back in Brisbane where the under 20’s rules were that you had to be studying or working. I started working for my granddad and started chipping away at that.

“It’s started up again and then I’ve had a bit of a pause; it’s taken about seven years and it’s a hard thing to juggle with trying to find time for practical work and on-site experience.

“Last year during covid I went back up home to Brisbane and worked throughout the covid break to get some practical assessments ticked off in carpentry.

“At the end of the day my knees were sore, my ankles were sore, fingers were sore and that’s when I sort of thought ‘here’s something else I need to do here so that I’m not retiring with nothing to go to’.

I got told early in my career that your career is your contract. You’re not guaranteed a ten-year career. If you sign a three-year contract, you could potentially only have three years of footy left.

“All the support staff, in particular, Dr Narelle Hess (Roosters Career Coach & Psychologist) have been helpful with everything I’ve done at uni. If I need help with anything she is always there to help me sort it out and through the process.

“Being injured at the moment has given me something to keep me occupied during this whole rehabilitation process.

“I got told early in my career that your career is your contract. You’re not guaranteed a ten-year career. If you sign a three-year contract, you could potentially only have three years of footy left.

“I had that realisation when I was told that, so trying to sort it out as early as you can, if you do have a ten to fifteen-year career it’s well and truly before you retire.

"My advice for younger athletes coming through would be to do something, anything – it might not be what you want to do at the start but it might navigate you to what you love.

“That’s what inspired me to go further into this avenue.”

For five-eighth Drew Hutchison, who has started a Bachelor of Primary School Education following a Certificate IV in Small Business, a serious injury early in his career coupled with an opportunity to pass on knowledge and better those around him is what has kick-started him to strive for a contingency plan post-football.

“It was a couple of years ago, I went down to Wollongong to coach my local side and it was a really good feeling knowing that you’re helping a group of young kids,” Hutchison explained.

“The Club has certainly pushed me to keep on top of my studies. Narelle has been awesome, you don’t worry about it too much because she’s always there to help out.

“This year was tough moving away, with days where I would be studying and the boys were out having a good time. We certainly had plenty of downtime there, which was a good thing.

With a job like teaching you get a feel of making a difference in young people’s lives.

“From when I first started to now, I had an injury when I was about 22 and I was off contract so that showed me how easy footy can get taken away from you.

“And when it does, you want to be ready for it in the best possible way. It’s made me realise how important it is to get a qualification for after footy.

"Finding a passion away from the sport improves you as a person and also makes your life away from Rugby League a lot less stressful.

“With a job like teaching you get a feel of making a difference in young people’s lives.”

While simultaneously juggling work, study and playing commitments, NRLW star Brydie Parker has continued her tertiary education with a Bachelor of Physiotherapy and has found plenty of benefits after contributing in an active role with the Club's Women's Pathways system.

“With work commitments and a full-time training load as well, I could have done a Masters in Physiotherapy, but I thought I’d do a Bachelor that allows me a bit more flexibility,” said Parker.

“I’m now doing a Bachelor of Physiotherapy as well, I’m in my first year of that in my second semester. It’s nice to be recognised for all the time and effort I’ve put into my achievements outside of Rugby League.

“It’s a little bit different in the female space with Rugby League not being our full-time job at the moment that you have to have a career outside of that as well.

“The Club’s support has been unreal. They understand that as female athletes we’ve got so many other hats we need to wear aside from playing the sport itself. If we’ve got anything going on that we need to meet in terms of study commitments, they are so understanding.

I’ve worked with the Tarsha Gale girls as well as a strength and conditioning coach, so to put my knowledge into helping other athletes as well has been really rewarding as well.

“But it’s also something that I’m passionate about as well. It’s also helped me on the field as well, being an athlete. With the knowledge I’ve gained from my degrees - because they’re related to sport - I’ve been able to implement that knowledge to become the best athlete I can be. That’s what I hope to do when I’m working in the field as well.

"I’ve worked with the Tarsha Gale girls as well as a strength and conditioning coach, so to put my knowledge into helping other athletes as well has been really rewarding as well.

“I’m grateful to have such an amazing Club that supports us on and off the field.” 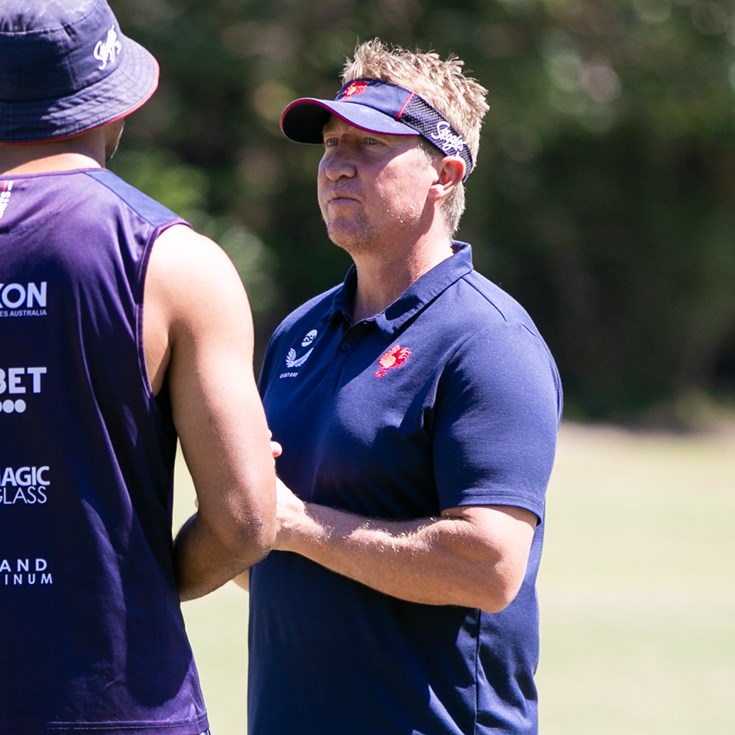 Robinson Looking to Put Lessons into Practice as Cavalry Returns