With an air of excitement in the Women's Rugby League sphere with two NRLW competitions, State of Origin and a World Cup at year's end - 2022 will no doubt be one to remember.

The Sydney Roosters NRLW squad for the 2021 season (to be played in February and March) features superstar talent, homegrown products and plenty of exciting youngsters from within the Roosters' pathways system.

The squad will begin pre-season training in the new year, before kicking off the season in the second game of a blockbuster triple-header at McDonald Jones Stadium against fierce rivals the Brisbane Broncos.

In the expanded 2021 NRLW competition, teams will play each other once in a five-round competition before the top four qualify for the finals in pursuit of the 2021 NRLW Premiership trophy.

The Roosters' courageous captain Corban Baxter (née McGregor) returns to the helm to lead the Tricolours for a second consecutive season in 2021.

With the ability to play anywhere in the backline - specialising at five-eighth and centre - McGregor is a tough and versatile player who has proven herself at the highest levels of the code, representing New South Wales in State of Origin as well as the Australian Jillaroos and more recently, leading the New Zealand Māori All Stars.

A Central Coast local, Shawden Burton has progressed from playing for Berkley Vale in 2020 to feature in every game for the Central Coast Roosters in the 2021 Harvey Norman Women's Premiership.

A young and enthusiastic player with plenty of potential to star in the NRLW, Burton will be aiming to lock down the no.9 jersey for the upcoming season.

A former New Zealand Warriors player, Samantha Economos has experience in the NRLW and the representative arena as a member of the Prime Minister's XIII in 2019.

Economos is a middle forward with the ability to play out wide and will no doubt add experience and flair in the Red, White and Blue.

Earmarked for future representative duties, Olivia Higgins is a crafty dummy-half and another member of the champion Central Coast Roosters side from the past two seasons.

A key member of John Strange's side in 2021, Higgins was awarded the best forward at the end of season awards.

A young front rower from New Zealand who has already represented her country at the age of eighteen, Mya Hill-Moana will be fighting hard for a spot in the Roosters pack in 2021.

A strong carrier of the ball and a hard hitter in defence, Hill-Moana has been identified as one of the best young forwards in the Roosters system.

Keilee Joseph has the opportunity to etch herself in Women's Rugby League history by becoming the first player to represent a single club at Tarsha Gale Cup (Under 19s), Harvey Norman Women's Premiership and NRLW level.

Originally from Queensland, Keilee is a middle forward with the ability to play at lock or up front with ease.

Jocelyn Kelleher has made a meteoric rise in the code in her two years of playing Rugby League. Originally from the Central Coast, she has played every single match for the undefeated Central Coast Roosters over the last two seasons.

A player who prides herself on her versatility, Kelleher has alternated between the centres and back row before finding a home at halfback in 2021, claiming the best back award at the Club's end of year awards.

Captain of the Central Coast Roosters where she starred at fullback, Isabelle Kelly is one of the game's most explosive strike weapons.

A leader of the side, the 2018 Golden Boot winner has been a consistent representative for both New South Wales and Australia since 2015 and was a member of the Jillaroos World Cup-winning side in 2017.

Another Central Coast local who featured in every match in the Harvey Norman Women's Premiership in 2021, Olivia Kernick is a welcome addition to the Sydney Roosters NRLW side.

A backrower with a fierce running style, Kernick has been elevated from a development contract to a full-time member of the squad in 2021 and has representative experience with the New Zealand Māori All Stars.

A rugby union convert who has represented the Wallaroos, Atasi Lafai has made her intentions clear by committing solely to the Sydney Roosters in 2021.

An outside back in the fifteen-man code, Lafai will be looking at a possible shift to the middle of the field for the Tricolours and has Rugby League in her bloodline through brother and former NRL player Tim.

Lauretta Leao-Seve is a powerful front rower who arrives at the Club via the Valleys Diehards in Queensland's BHP Premiership.

With an experienced head on her shoulders, Leao-Seve was starting prop in Valleys' Grand Final side in 2021 and has represented Queensland Māori in the Queensland Pacific Island Cultural Carnival.

A Samoan representative and a member of the Brisbane Broncos 2019 Premiership-winning squad, Taylor Mapusua joins the Roosters in season 2021.

Mapusua is an outside back equally adept at playing centre or wing, and had a standout season in the 2021 BHP Premiership for Valleys as a major contributor to the side qualifying for the decider with seven tries to her name in just eight appearances.

A member of the Central Coast Roosters since 2020, former Rugby Union Sevens player Yasmin Meakes was awarded Players' Player of the side in 2021.

A returning NRLW squad member, the NSW Country representative is an outside back comfortable at either centre, wing or even in the back row and has a knack of finding the line, bagging seven tries in ten matches last season.

A NSW Country and State of Origin representative who is another of the established stars for the Central Coast Roosters, Brydie Parker has made the transition from the outside backs into the halves in recent years.

With NRLW experience on the wing, off the field Parker is studying a Bachelor of Exercise and Sports Science and Bachelor of Physiotherapy and was named in the NRL and RLPA's 2021 Academic Team of the Year.

A front rower for the Central Coast Roosters who has come in leaps and bounds according to Head Coach John Strange, Tayla Predebon will be determined to make her NRLW debut in 2021.

After making her representative debut with NSW Country, Predebon was awarded Best and Fairest for the Central Coast Roosters in 2021, highlighted by a hat-trick in the final round of the regular season.

A hard-running second rower and a Grand Finalist for the Tarsha Gale Cup Roosters in 2021, Otesa Pule is one of the most exciting young players in the Club's pathways system.

Pule is a tough competitor, evidenced by her performance in the Tarsha Gale Cup decider - which saw her set up the Tricolours' first try with a powerful charge before playing a majority of the match with a broken leg.

A superstar of the NRLW, Jess Sergis achieves a childhood dream of representing the Roosters in her first season with the Club in 2021.

A proven world-class centre that has starred at representative level for New South Wales and Australia, the 2019 Golden Boot Winner, Dally M Medallist and RLPA Player of the Year will be looking to make the shift to fullback in the Red, White and Blue.

An impact player from the interchange bench in 2021, Simone Simone will be another Central Coast Rooster looking to pave her way into the NRLW.

A tough middle forward, Simone will no doubt add to the powerful Roosters engine room and will be aiming for a debut in the top grade in the upcoming season.

An inspiring lock forward who has worn the colours for both the Central Coast Roosters and Sydney Roosters, Hannah Southwell is one of the hardest-hitting forwards in the competition and has been a valuable member for both the New South Wales Sky Blues and Australian Jillaroos.

An all-round sportswoman, Southwell is also a former A-League Women's player for Newcastle United and was named the RLPA Player's Champion in 2020 as well as the Roosters Player of the Year in 2020.

Joining sister Zahara in the Roosters' system from the Brisbane Broncos, Chante Temara may be small in stature, but has plenty of heart in the middle of the field at hooker.

A tough and skilful player, the New Zealand Māori All Star will be vying for a spot in the Tricolours' side come round one.

Zahara Temara is a foundation player of the Sydney Roosters since the NRLW's inaugural season in 2018  - where she was named the Club's Player of the Year - and returns for a fourth consecutive season.

A Queensland, Australian and New Zealand Māori representative, Temara has been the steady hand in the halves and is an experienced campaigner looking to inspire the next generation of talent.

Representing St Marys in the Harvey Norman Women's Premiership, Sarah Togatuki is a hard-hitting forward that is revered and respected in the middle of the field.

After making her NRLW debut in 2020, Togatuki has gone on to impress for New South Wales City and in the State of Origin arena and will be determined to continue her rising stature in the game for the Roosters.

Leanne Tufuga comes into the Sydney Roosters system as a centre that will no doubt add to the depth of the Club's outside back stocks.

Having represented her heritage at international level, Tufuga is a noted try-scorer, recording five tries in a single match in the Harvey Norman Women's Premiership in 2021 for the Cronulla-Sutherland Sharks.

John Strange takes the next step in his career following a strong tenure as the Central Coast Roosters Head Coach in the Harvey Norman Women's Premiership, which has seen the side go on an undefeated run over the past two years, including Minor Premierships in both seasons and a Premiership in 2020.

With a number of familiar faces from the champion Central Coast sides at his disposal, Strange will be aiming to replicate the same professionalism and winning culture in the NRLW. 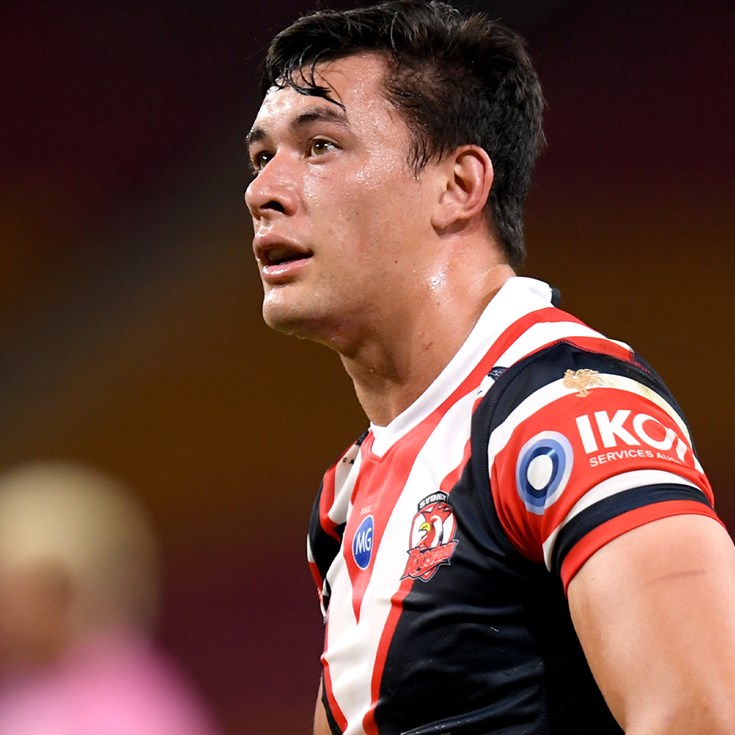