Down 15-nil at the break, the Broncos stormed home with a wet sail and had a chance to win it at the death, only for Jordan Kahu's conversion to be ruled out because he took too long to shoot.

Hats off to you if you picked Chris Smith to open the scoring. The unlikely source of first points pierced trough the Broncos defence near halfway and left the chasing pack in his wake to score in the bonus zone to give the Tricolours an early 7-0 lead.

There was nothing surprising about their next scorer as Connor Watson backed up a Latrell Mitchell break to continue his stellar Nines campaign with a gift four-pointer.

If an upset was brewing before that it was virtually complete when Joseph Manu turned something into nothing to send Ryan Matterson over next to the posts. The rangy outside back caught a wayward bomb, chipped ahead and watched on as Matterson got a favourable bounce to make it 15-0 at the break.

The Broncos needed to be the first team to score in the second stanza if they were to have any chance of a comeback victory and they turned to the ever-reliable Jordan Kahu to hand them a lifeline with six minutes left on the clock.

His try was a piece of cake compared to what the Broncos produced next as the Queenslanders combined to score the team-try of the tournament.

James Roberts made the initial break near his own line before he offloaded to Darius Boyd who attracted several defenders, sized up his options and grubbered through for a flying Mitch Cronin to score.

With momentum on their side, big man Sam Lavea barged through several would-be defenders to score next to the posts to set up Kahu for the match-winning conversion.

Fans across the world could see the countdown clock winding down, but someone forgot to tell Kahu. Although his conversion sailed between the uprights, he was beaten by the buzzer which sounded one second before his drop goal. 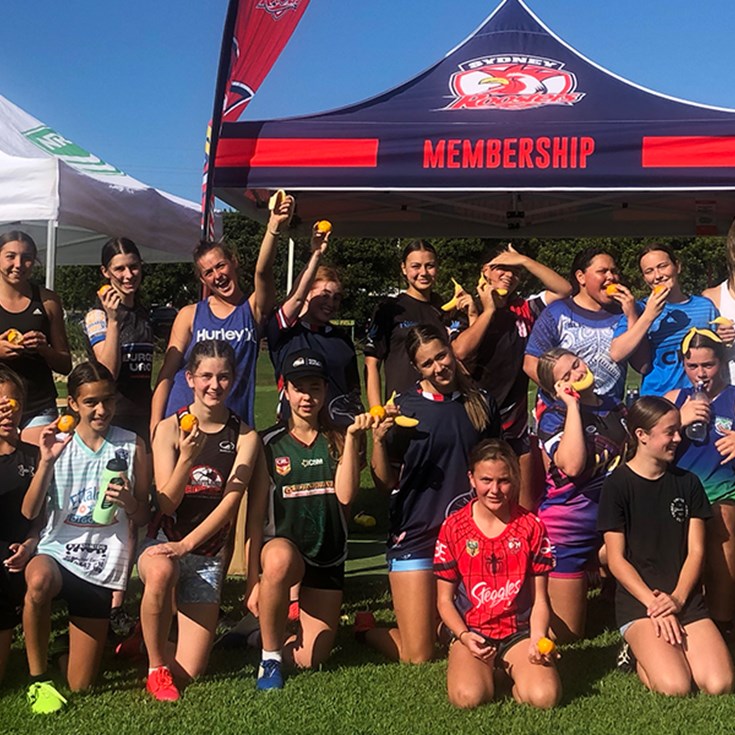