NRL.com rates the performances of all 17 Australian Kangaroos players in the 2017 Anzac Test at GIO Stadium.‌

Very good as always and helped set up a second-half try but not his most dominant game. 7

Casually racked up 153 metres and continues to look at home in the Test arena. 7

A massive handful with ball in hand and took advantage of scattered Kiwis defence to motor over for a first-half try. 7.5

A stunning mark for the first try of the game with some potent moments in defence but sadly rubbed out with injury early in the second half. 7.5

Continues to find his best footy at the highest level. Scorched away for an intercept try at a crucial point in the first half. 8

Didn't look 100 per cent fit in his first game back from a month out with a calf strain which was an issue in defence but still provided a couple of moments of brilliance to set up two tries. 7.5

Brilliant in defence and kicked wonderfully in attack. 8.5

A howler of an early knock on and fluffed a late try with the match already in the bag but got through plenty of work incident-free in between. 6.5

In his 50th Test the skipper put in a typical Cam Smith performance – and yes, that's a very good thing. As always he won't dominate the highlight reels but controlled the pace of the game and was among the best on ground. 9

Plenty of sting in his stints to start and finish the game as his stocks continue to rise. 7.5

A constant danger on the left edge and a mountain of work in defence. 7.5

Best on ground. Stinging early tackles, clean-up tackle and try-saving tackles among a match-high 46 tackles. Does the dirty work and does it well. Threatening with ball in hand to boot. 9.5

Similar to his recent club form, a muted performance but didn't let anyone down. Seven missed tackles is a worry though. 5.5

Given a licence to roam in his 33 minutes on field before taking over from Cronk late, combining well with club-mate Thurston. 5.5

The former Wales international is now a walk-up start for the Kangaroos. Ran 104 metres from the bench with an opportunistic though well-deserved try. 7

Made his presence felt as soon as he entered the fray with a line break and some quick play-the-balls to cause the Kiwis headaches. 7 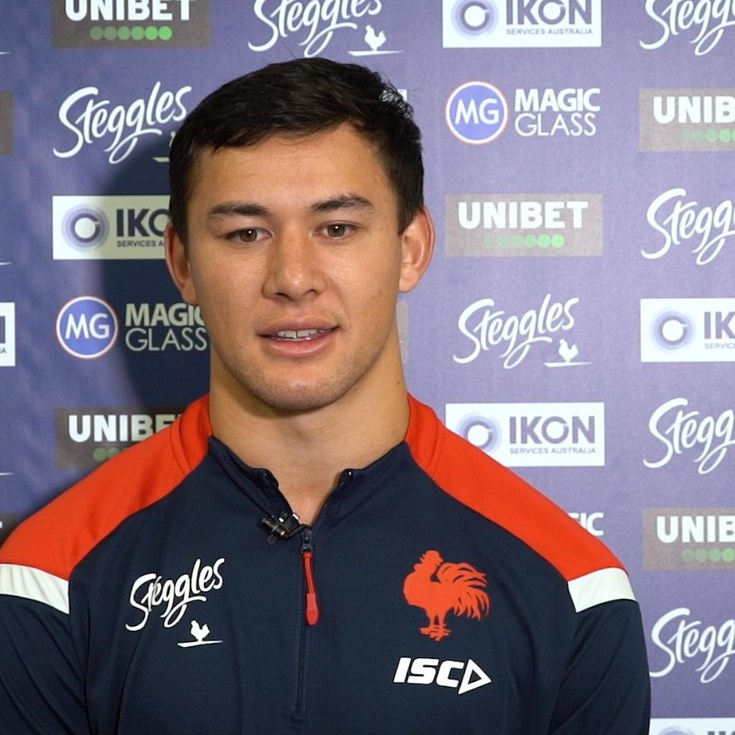