The Last Time We Met the Cronulla-Sutherland Sharks was at Southern Cross Group Stadium where the Roosters claimed their second consecutive victory over them at their home ground.

While the opening twenty minutes of the half was an arm wrestle, the floodgates would soon fly open.

Ryan Matterson scored his first of the night after a kick from Cooper Cronk was put down by Sosaia Feki on their goal-line.

Joseph Manu put the ball down after a nifty kick from five-eighth to the in-goal and unfortunately sustained a cock in his arm in the process.

Valentine Holmes opened the scoring for the Sharks before the game could get away from them on the left edge, only for Ryan Matterson to respond with his second try of the night on the half time siren.

The second half started the way it ended for the Roosers, with James Tedesco opening the scoring this time after a dummy and run inside the line saw him fall over the chalk.

Valentine Holmes was awarded a consolation try in the closing ten minutes, only for Reece Robinson to score for the Roosters on the siren thanks to a well-weighted chip from Keary.

Finals Series tickets are on sale now to Members and general public!

Purchase yours today at www.nrl.com/tickets. 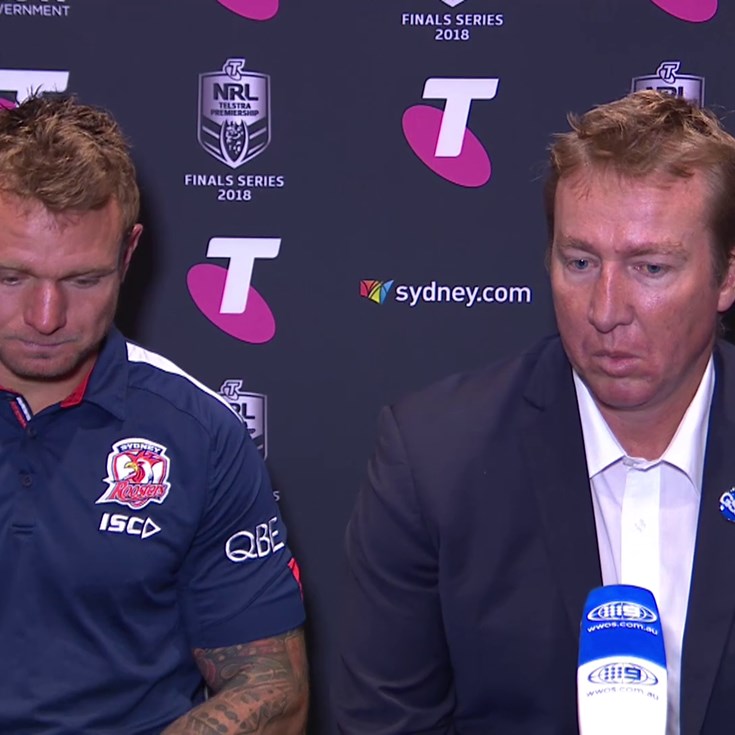