The women's rugby league calendar for 2019 officially kicks off in Melbourne with the double-header Harvey Norman All Stars clash at AAMI Park on Friday night.

After a one-year hiatus due to World Cup commitments, the women's All Stars concept has followed in the footsteps of their male counterparts with the Indigenous All Stars hosting a new-look New Zealand Maori line-up.

The Indigenous squad is new-look itself, with many representative stars missing through injury or personal reasons. Coach Dean Widders has picked a youthful squad to help develop the next crop of stars.

But for both sides their journeys to the big stage and work in the community leading into the clash is considered just as important as the fixture itself.

What you need to know

Bec Young v Geneva Webber: Former Jillaroos prop Bec Young returns to the representative fold after being overlooked for the NRLW competition. Young will have the fire in her belly to impress and lead an inexperienced line-up and her battle with Geneva Webber could bring the fireworks. Webber, a former world heavyweight sumo fighter, was once ranked number one in the Oceania but will face a different kind of challenge when she laces on the boots for her latest clash.

For the Indigenous Women to win

Roosters teammates Quincy Dodd and Sharon McGrady get their opportunity to play on the big stage with injuries and retirements opening the door for the NRLW rookies, and they'll need to step up against an experienced opposition. Dodd is back in her preferred position after being used throughout the 2018 season in the backline. The pair will come up against Tricolours teammate Zahara Temara, who finished the season as the Jillaroos No.7 but is eligible for the Maori side through her heritage. Temara's kicking game is one of her strengths so Dodd and McGrady will need to produce something similar.

For the Maori Ferns to win

The side's power game and experience should hold them in good stead to get the job done against the Indigenous line-up. Their spine looks their biggest strength with Krystal Rota, who was shortlisted for the women's Dally M medal last year, roaming at hooker and Temara in the halves. Tazmin Gray is another to watch and could prove a point of difference on the edge.

Thirteen of the 18 players in the squad are in line to make their debut for the clash, while five are under the age of 18. The Indigenous side defeated a star-studded NRL All Stars 14-4 in the last fixture in 2017.

As the game will be a first for the Maori side, there is limited history to fall back on. Seven players featured in the NRLW competition last season to give the side an experienced advantage over their rivals.

Keep an eye out for the Peters sisters Kahurangi, Rona and Hilda Mariu (nee Peters) who will play alongside each other for the Maori Ferns in a rare outing for the trio. Kahurangi and Hilda played for the Warriors in the inaugural NRLW competition while Rona was part of the premiership-winning Broncos success. 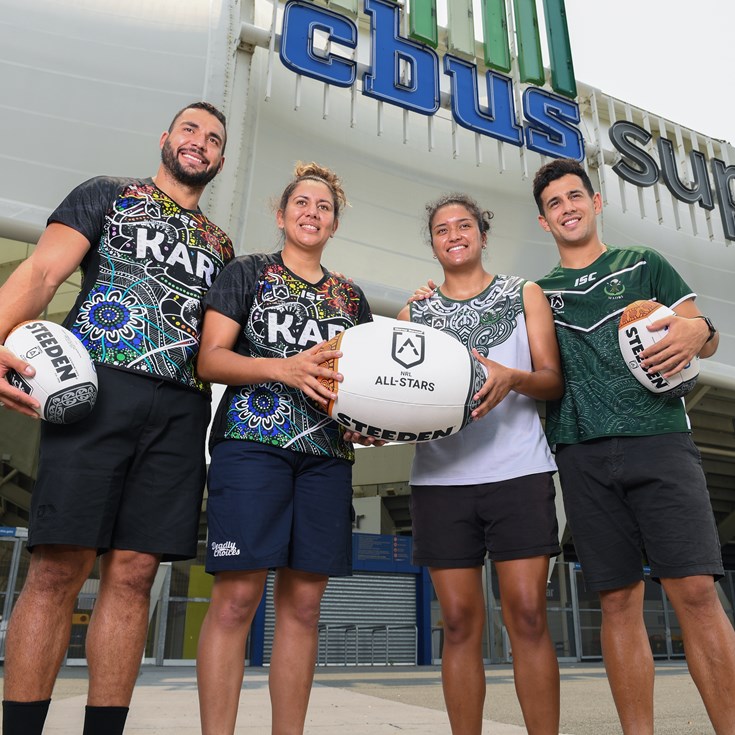 Everything you need to know about NRL All Stars

Mix of old and new in women's Team of the Decade