Eat, train, sleep ... and then make history repeat itself.

It was a case of picking up where they left off for the Sydney Roosters in 2019 after going into the season as defending premiers with back-to-back titles a real possibility.

A dominant eight-week winning streak from round two set up the season for the Tricolours. Not even a mid-year slump could do much to their position on the ladder.

While the Storm were deserved winners of the minor premiership, it was the Roosters who stood tall in the finals as they became the first team since 1993 to claim successive titles.

If they were judged as impressive in 2018, then they excelled in 2019. Cooper Cronk won't be playing in 2020 but that's unlikely to stop the Roosters from being a major force once again.

Sydney Roosters: 2019 season by the numbers

Home and Away record

The Roosters failed to christen their adopted Sydney Cricket Ground with a win in round one against the Rabbitohs but made amends by going through the remainder of the season undefeated on the hallowed turf.

The Tricolours averaged a ridiculous 31.3 points per game at the SCG, piling big scores on the Bulldogs, Knights, Titans and Warriors.

Their other "home" losses came against the Storm in Adelaide and Cowboys on the Central Coast. Both were by margins of three points or less.

Travelling wasn't an issue for the side either with only a 26-point loss to the Knights in Newcastle their worst defeat on the road.

One of the Roosters' biggest challenges in chasing back-to-back titles was how to replace Blake Ferguson's work rate on the wing, particularly his strength in yardage post-contact.

The Tricolours dipped from first to sixth in this department over the past 12 months.

The side's biggest strength came defensively with them conceding the fourth-least total post-contact metres behind the Raiders, Sharks and Storm.

The Roosters' attack was a focal point coming into their title-defending season with many at the club believing they never completely clicked with ball in hand in 2018.

They made great leaps forward in that department in 2019, finishing the year with a further 25 tries.

The left edge that mainly consisted of Boyd Cordner, Latrell Mitchell and Daniel Tupou finished most dominant in a similar trend to last year with a combined 49 tries down the left channel.

An even spread across the paddock for the Roosters with Joey Manu and both halves dominating on the right edge in defence.

The centre of the field was the Tricolours' biggest weakness with 16 tries from the opposition coming through the middle.

While their right edge wasn't as potent as the left side in attack, their defensive efforts were slightly better with 20 tries conceded.

The Roosters conceded 175 penalties during the regular season at an average of 7.3 per game.

Retiring halfback Cooper Cronk gave away nine penalties inside the opposition's 10-metre zone in 2019 - the most of any player.

Overall, the premiers finished level with the Dragons, Sharks and Broncos in being the best in the competition at repelling the defence after giving away a fresh set of six.

Their total of 20 tries meant their figure of 34 per cent was seventh highest for the season given they only conceded 59 tries for the year.

The amount of metres on offer following an offload is reflected in the massive divide between teams across the NRL.

The Roosters finished in fifth spot but their average of 8.5 metres per run was higher than any other side.

No surprises the likes of Latrell Mitchell, James Tedesco and Luke Keary were the big beneficiaries with their support play throughout the season at first class.

Latrell Mitchell had plenty of practice again in 2019 with 114 goal attempts. He finished marginally down on last year's percentages but ultimately had more tries to convert.

His 78 per cent success rate was higher than the NRL and top four averages but behind some of the other sharpshooters in the game.

Cooper Cronk, Drew Hutchison and Siosiua Taukeiaho also contributed with the boot throughout the season.

The club's overall percentage finished on 77.6 per cent to be ranked equal ninth alongside the Titans.

It won't surprise Roosters fans to know that the side has a habit of conjuring up plenty of errors on their way to success. That trend continued in 2019.

Their total of 280 was less than the Sharks this year but above the NRL average of 250.

Canterbury finished the year with the least amount of errors with 222.

It points out the Roosters' ability to show no fear in throwing the ball around and attacking from all areas of the field while having enough energy and discipline to defend any errors.

Another strong statistical category for the Roosters came from their breakdown in running metres by position.

The Roosters' back three were dominant to all record above NRL average results.

James Tedesco knocked the running metres out of the ballpark in 2019 to contribute to 4925 of the side's total.

Both wing spots finished second and third for their position.

The left second-row spot, usually filled by Boyd Cordner, finished first in the NRL with 2995 metres, more than 700 metres above the competition's average.

The Roosters' lack of metres from their halves was made up through their efforts with kicks leading to tries.

While the Tricolours finished last in the competition for forcing line drop-outs in 2019, Cooper Cronk and Luke Keary found enough space off the boot to set up most of the 25 tries in total.

The Roosters finished equal second alongside the Eels and Storm in this area with Daniel Tupou among the biggest beneficiaries. 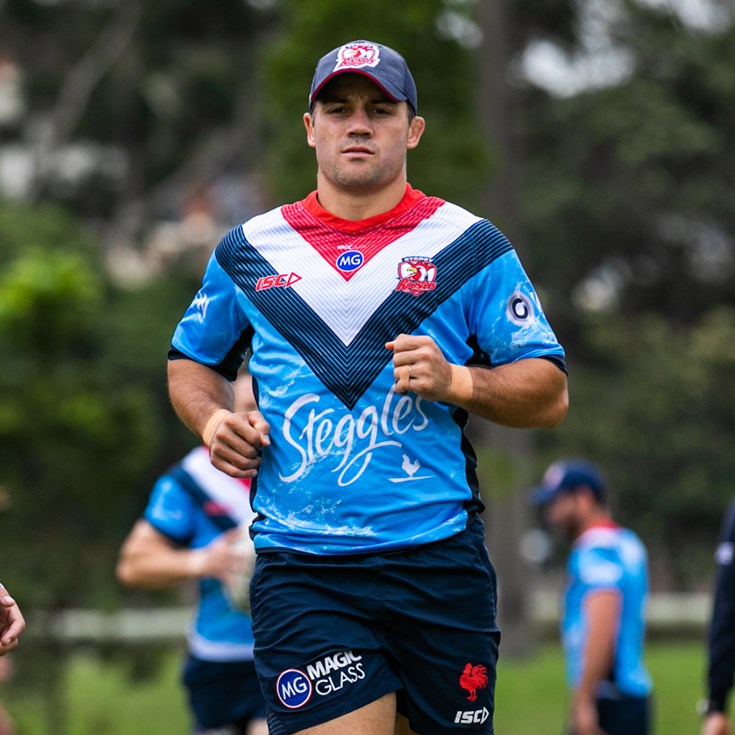