Back on the paddock after a turbulent 18 months, Sydney Roosters hooker Sam Verrills has been able to shake off his injury woes to string together four consecutive matches in the Red, White and Blue, and now has his sights set on the coveted no.9 jersey for the long-term.

The humble 22-year-old has made a gradual return to the side, having firstly returned from a gruelling 12-month ACL rehabilitation before suffering a well-documented detached retina - an injury which kept him on the sidelines for over a month.

Verrills confirmed that he has fully overcome the obscure injury, and expressed his gratitude to take hold of the coveted no.9 jersey, which was made vacant following the retirement of Club Legend Jake Friend.

“I had to see my surgeon to get the tick of approval to play a few weeks ago, but there’s nothing to do now,” he confirmed.

“The first few weeks were pretty stressful, and I had to take eye drops and see her every few days, but my vision is getting better. I’m just happy to be back playing.

“It was a pretty weird experience. Not many players in the NRL have had a detached retina but a few people have reached out to me - local A-grade players who have suffered the same thing - and it’s helped me a lot.

“It’s a lot better than what it was when we played the Knights a few months ago. I don’t really notice it during games.

“The past 18 months have been pretty tough for myself personally. To finally get some back-to-back games has been a long time and to get some minutes under my belt, I’m looking forward to the rest of the year.

“I’ve been out for a while now and I just want to string a few good games together and get back to playing the footy I know I can. It’s a slow progress but it’s getting better each week and I’m hoping to grab that no.9 jersey for a long time."

A 34-18 win against the Cowboys in Townsville capped off a 'chaotic' week for the Club according to the 2019 Premiership-winning hooker, who expressed his pride in his team's ability to grind out a win in a frantic match played in tropical heat.

“To go up there with the week we had, it was kind of chaotic,” Verrills said.

“Getting to the Sunshine Coast knowing all the partners and girlfriends weren’t coming up here then going up to Townsville to win that game in the heat and all the circumstances, it was a very pleasing win.

“We really had a focus on grinding out the game and playing that long-game mentality. They put two quick tries on us and we had to regroup and get back to what we know best. We did that pretty well and it was close up until the last ten minutes. To get a win like that was very special.

The past 18 months have been pretty tough for myself personally. To finally get some back-to-back games has been a long time and to get some minutes under my belt, I’m looking forward to the rest of the year.

"It’s massive being a hooker and having a forward pack like we do. Lindsay (Collins) is out with an ACL, Siua (Taukeiaho) has been in and out of the side with a hamstring injury, but still having Jazza (Jared Waerea-Hargreaves), Rads (Victor Radley) being there - if he’s not suspended - all those boys, Ice (Isaac Liu), it’s such a strong core we’ve got here.

“It’s so enjoyable to play with them and we’ve been with each other for a while now and we know each other’s game so well. Hopefully, we can stay injury-free and have a strong back end to the year and go into the finals series healthy."

In an already strange twist to the match which will be played at the unfamiliar location of Sunshine Coast Stadium, the Roosters will be taking on rivals turned neighbours in the Newcastle Knights, who have been stationed in the same hub.

But for Verrills, it's business as usual as he looks to continue his impressive return as the Red, White and Blue welcome back captain James Tedesco in another pivotal match.

“There are a few clubs here, their team room is right next to us,” said Verrills.

“We walk past them every day and I guess game week is a bit weird for us this week. We were doing video and they kind of walked past us and it was a bit strange, but it’s all good.

“The place up here on the Sunshine Coast is really nice and we’re just grateful that they could host all of us here and keep the game running.

“We’re trying to get a routine as much as we can like we do normally back in Sydney. Our week’s the exact same, just in a different area.

“We welcome back Teddy (James Tedesco) this week and to get that combination, we’re training really hard and we’re pretty keen to show it.”

Cordner Blown Away by Blues 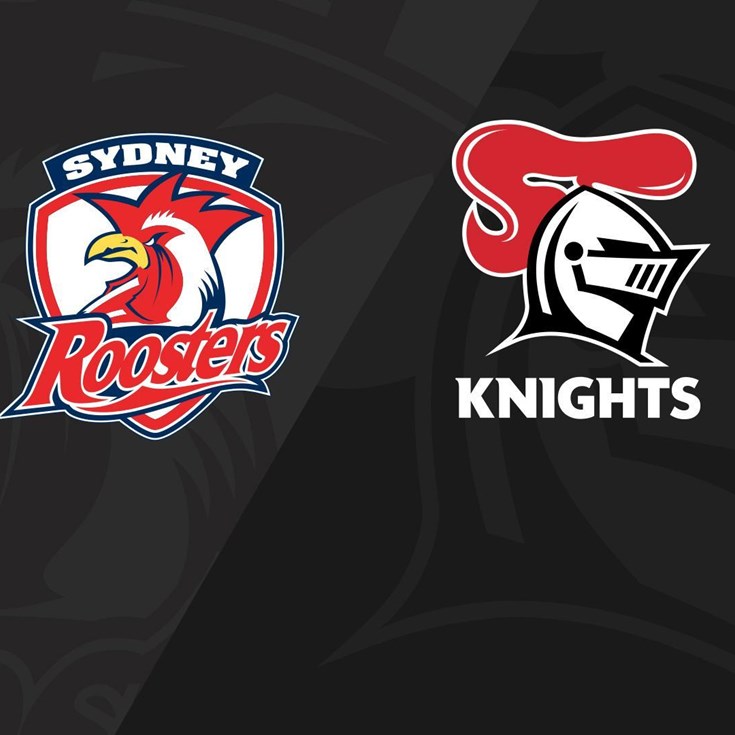