The Sydney Roosters and St George Illawarra Dragons will break tradition and meet for the first time outside of NSW in their century-long rivalry this weekend on Sunday afternoon, in a match which will no doubt be an indication of how both sides are tracking ahead of the semi-finals.

The Sydney Roosters and St George Illawarra Dragons will clash for the 45th time on Sunday afternoon at Clive Berghofer Stadium in Toowoomba, with the Tricolours currently holding a six-game winning streak over their opponents going back to 2018.

Of course, the Roosters and Dragons rivalry initially started in 1921 when St George entered the NSWRFL competition, with Easts winning the first encounter 23-11.

Overall, the Tricolours have a 52% winning record over their rivals since 1999, with 23 wins from 44 matches played since 1999, having won eight of the last ten contests.

The Red, White and Blue also claimed victory against the Dragons earlier this season on Anzac Day, with Sam Walker awarded the Ashton-Collier Medal in the 34-10 victory, and will be looking to claim their fifteenth victory of 2021.

Should the Roosters win this weekend, it will mark their longest-ever winning streak over any Dragons outfit, breaking the six consecutive games won between 1933 and 1936.

Trent Robinson has named a similar side with few changes made following the Round 22 victory against the Brisbane Broncos.

The backline remains intact with James Tedesco named as captain and fullback, joined by wingers Daniel Tupou and Dale Copley while Joseph Manu and Adam Keighran line up in the centres.

Halves Drew Hutchison and Sam Walker reprise their role, while Jared Waerea-Hargreaves returns to the line up alongside Sam Verrills and Siosiua Taukeiaho in the front row.

Sitili Tupouniua and Nat Butcher have been named in the second row, while Isaac Liu lines up at lock in place of Victor Radley.

St George Illawarra have made a number of changes to their side, with fullback Matt Dufty returning to the side and Jack Bird reverting to the centres, while Josh McGuire takes his place at hooker in for the injured Andrew McCullough.

Two goal-kicking sharpshooters will line up in the centres against one another this weekend when Adam Keighran and Zac Lomax come face-to-face on the edge.

Over the last three weeks, Keighran has found a home in the centres after coming off the bench, deputising at hooker, lock and the halves in 2021 so far.

In that period, he's been reliable with the boot with eight goals - including the match-winner last week - with a try assist and a linebreak to his name as well.

Lomax, a full-time centre and goalkicker, has posted similar numbers in that time as well, with six goals and a try assist and linebreak too.

With both sides playing in matches with close scorelines in recent weeks, don't be surprised if the kicking prowess of these two makes the difference come fulltime on Sunday.

"We’re under no illusions. They’re still sitting in their own little spot and they’re competing for those last couple of spots." - Dale Copley

“I made a couple of mistakes in that game which I’d like back, but in the end, you’ve got to move on. You’ve got to do your best for the team and I’ll be bigger and better next week and learn from those mistakes." - Sam Walker

“We just need to keep building upon what we’ve been doing the last couple of weeks. I think we’ve really laid a good platform and played our own style." - Nat Butcher

While the Dragons may be struggling since the relocation to Queensland, there are never any guaranteed victories in the NRL and the Tricolours will be certainly on their game as they take another step closer to the finals.

Tickets are still available for the match, so for those in and around Toowoomba, be sure to purchase yours here and cheer on the Red, White and Blue on Sunday afternoon! 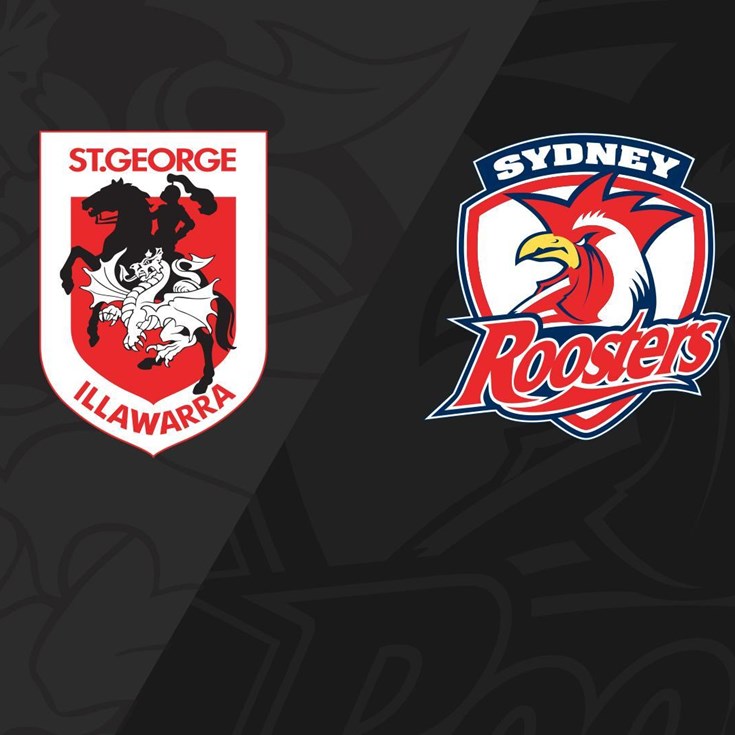